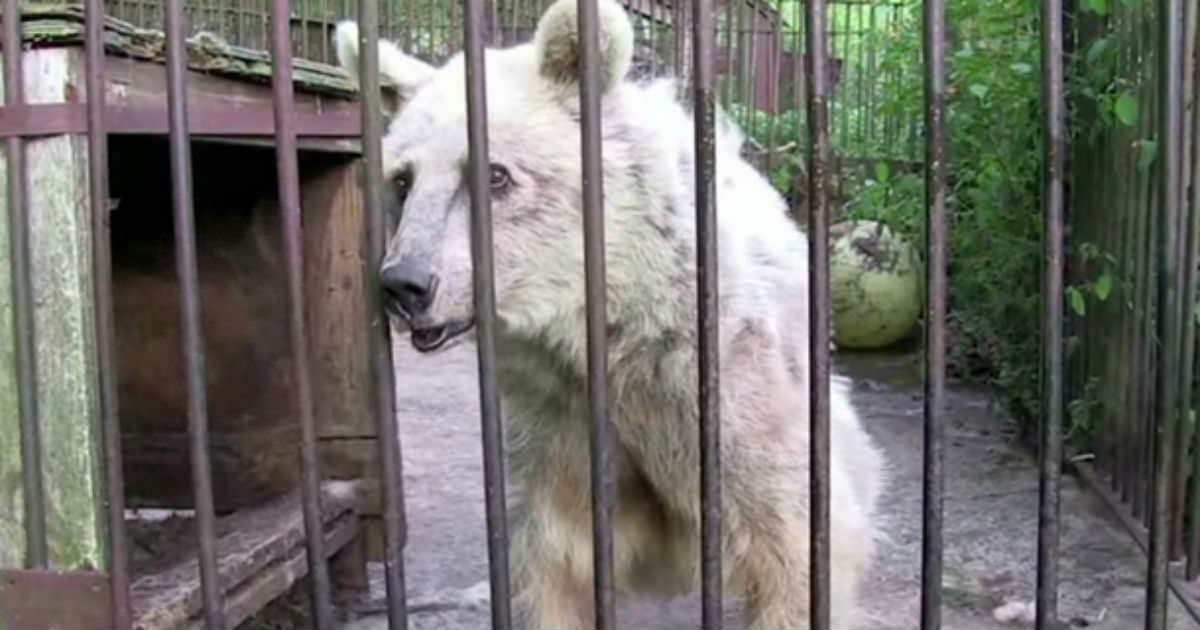 More than thirty years ago, a small bear was brought to a zoo in Pennsylvania.

The cub was named Fifi by the zoo staff and was detained against her will — her purpose in life was to only entertain people so that the zoo owners could make more money.

Fifi was forced to perform tricks and was never treated with any care or respect — she was given terrible food and was forced to live under horrific conditions.

After twenty years, the hell-like zoo was finally shut down, but instead of releasing Fifi they did something terrible.

They locked her in a rusty cage where she had to sit for the next ten years of her life, waiting for someone to buy her.

It was none other than animal rights organization People for the Ethical Treatment of Animals (PETA), who were told about Fifi’s situation and came to her rescue.

PETA’s slogan is “Animals are not ours to eat, wear, experiment on, use for entertainment, or abuse in any other way.”

The organization is also known for saving neglected animals who have ended up in the wrong hands.

When PETA first found Fifi, she was in bad shape — she was physically weak and malnourished.

She barely looked like a living creature, let alone a healthy and strong bear. To make matters worse, Fifi had arthritis which had been left untreated.

PETA immediately transported her to the The Wild Animal Sanctuary in Colorado, where she received the necessary treatment she was in dire need of.

Today, Fifi, a brown Syrian brown bear originally from the Middle East, has been given a new chance new in life — far away from her former tormentors.

Have a look at the video below to see how Fifi looks today and the transformation she has gone through. She truly is a wonderful being!

This video is living proof to why we should never stop fighting animal cruelty!

Please share it if you were also happy to watch Fifi being released!