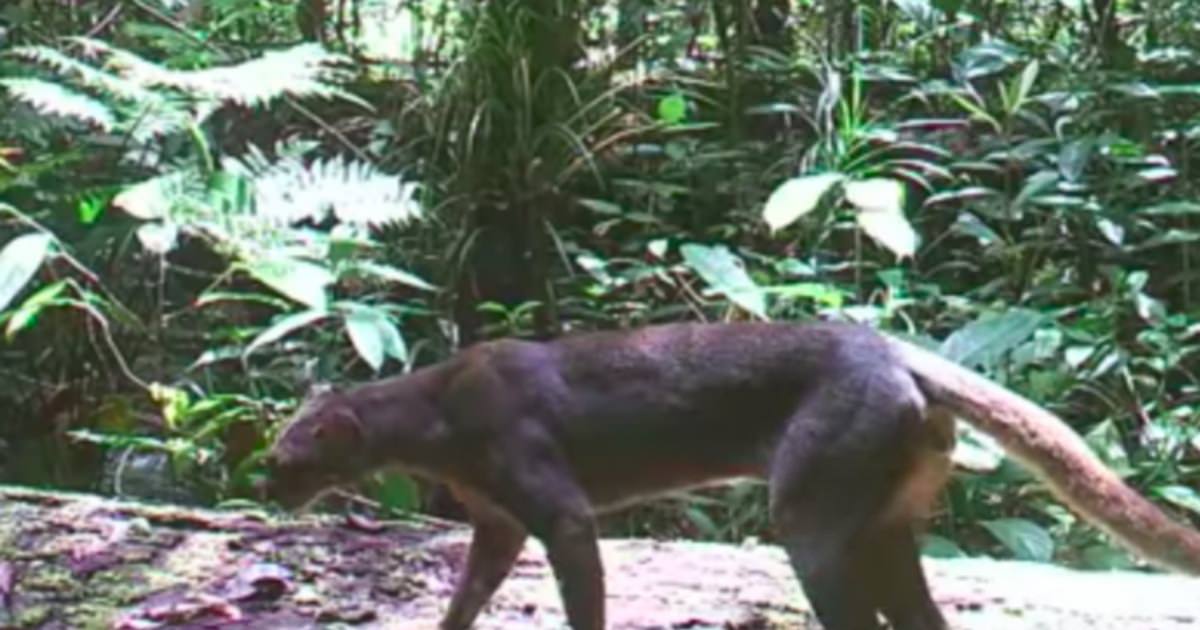 Some like cats and others prefer cuddly hugs from cute puppies – each and every one of us may have a different favorite animal we cherish in our hearts.

Some may love the magestic tiger, for instance – others, the dashing horse.

But some animals are so rare and so magnificent that we are simply lucky if we see them at all.

Just take the bay cat as an example – one of the smallest wild cat species in the world and probably one of the most endangered.

In fact, these special cats were completely oblivious to us for centuries.

It wasn’t until 1992 that the first bay cat was captured and studied by researchers.

Ever since then, these shy cats have been known to live secret lives, out in the jungle.

But now scientists have at last managed to capture the mythical cats on film, after months of trials and 50 cameras.

And that was not the only thing they caught…

Images of the bay cat, also called the Bornean cat, were caught on film when the animals ventured about 65 kilometers outside its their natural range, something that puzzled the researchers.

About 2,500 cats live exclusively on the island of Borneo, which consists largely of rainforests.

Due to the species’ night-focused lifestyle and their scarce population, they cats are rarely seen.

With no proper research about the cats, we in fact no little about what the cat eats or other aspects of its behavior.

What is known, however, is that the bay cat is – like many species on the island – threatened by heavy timber harvesting that is taking place there.

Bay cats have most commonly been found to have chestnut-colored fur with a white stripe under their tails (image above).

To give you an idea of just how unusual these cats are, many residents in the area are not even aware it exists.

According to a survey, most residents could identify the mountain lion, leopard cat, flathead cat and marbled cat on pictures – but not the bay cat.

Researchers at the Muhammadiyah University of Palangkaraya, University of Exeter and Oxford Brookes University set up 50 camera sources on 28 different sites in the jungle.

It took almost 1 month before they got a glimpse of the wild predator.

In order to prevent the bay cat from being hunted by thief hunters, scientists are not revealing the exact location of the elusive cat.

“There is still a lot we don’t know about the forests of Borneo and the clock is ticking,” the team said in a statement.

Hopefully, more people will learn to understand just how important animals are for our ecosystem to work. We can never accept the eradication of wild animals.

Watch the mysterious but beautiful cat in the video below:

Some may think these researchers went through a lot of trouble just to find a cat, but that’s what makes this story important.

Hopefully, the researchers’ work can help save these beautiful animals in the future!

Feel free to share this with your friends on Facebook, so that more people get to discover the bay cat.