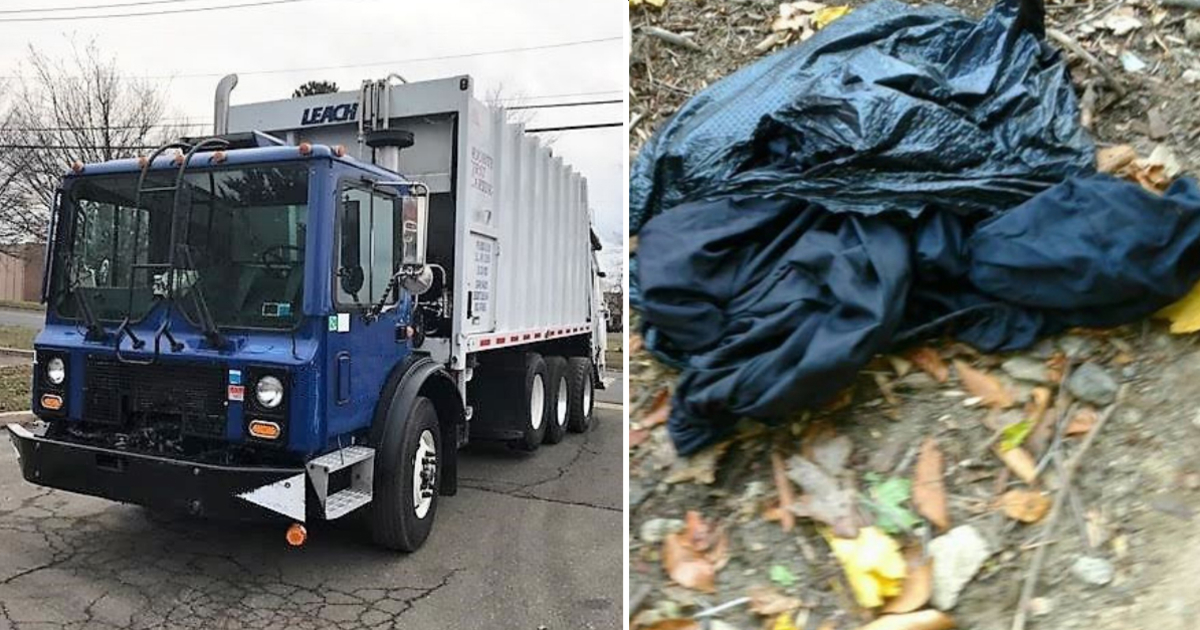 Taking other people’s used and unwanted things and loading them into the back of a truck is a part of everyday life for garbage collectors.

But when two sanitation workers in Pennsylvania were making their regular rounds recently, they found something hidden in the trash that they’ll remember for the rest of their lives.

The men were about to activate their truck’s trash compactor when they heard a sound that made their hearts skip a beat.

Suddenly, a cry for help came from one of the trash bags in the back of their truck—and the two men went straight to the source.

When they opened the bag, the workers found, to their horror, a little terrified cat.

Not only had someone thrown a sweet little kitty in a trash bag, they had also doused her in gasoline!

The sanitation workers quickly jumped back in their truck and drove the poor little thing to the hospital.

The veterinarians there realized how bad the cat’s condition was and immediately started working to save her.

As if by a miracle, the vets managed to save the cat, now named “Miracle Maisy.”

When a news crew reached Maisy, she still smelled like gasoline and was underweight, but doctors expect her to make a complete recovery.

I don’t understand how anyone could do this to a poor, defenseless animal.

This story ended well, thanks to the heroic efforts of the sanitation workers. But who knows how the next story will end?

Please share this story if you also think that these men deserve an round of applause for saving little Maisy.