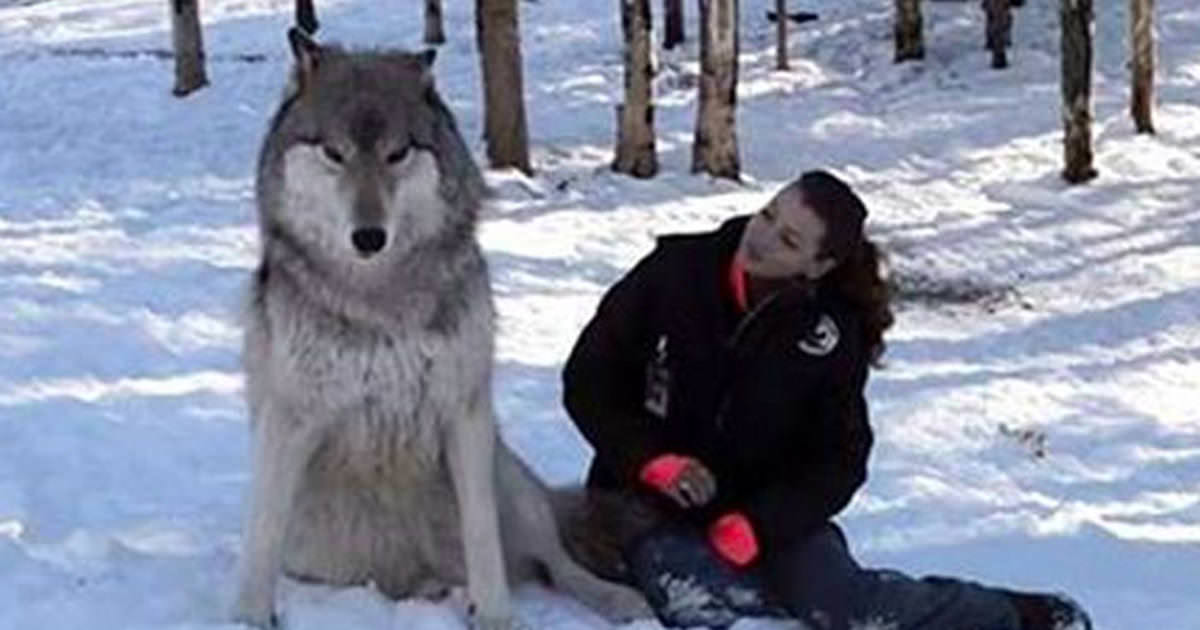 Wolves have a reputation for being aggressive and fierce creatures, and many people, including me, would be downright frightened to actually meet one face to face.

The large grey wolf seen walking alongside Danielle in the beginning is named Kekoa, which in Hawaiian means “brave one.”

Kekoa isn’t quite like other wolves, and she certainly doesn’t match the stereotype.

While she still demands a certain respect, she also seems to have great respect for people – particularly a woman named Danielle. 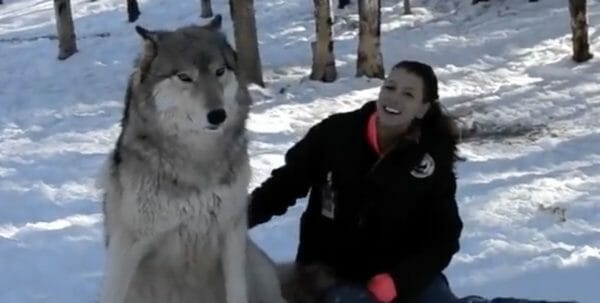 Kekoa lives the good life at the Colorado Wolf and Wildlife Center, an animal sanctuary near Colorado Springs.

Like the sanctuary’s other animals, she lives there because she is unable to survive in the wild. 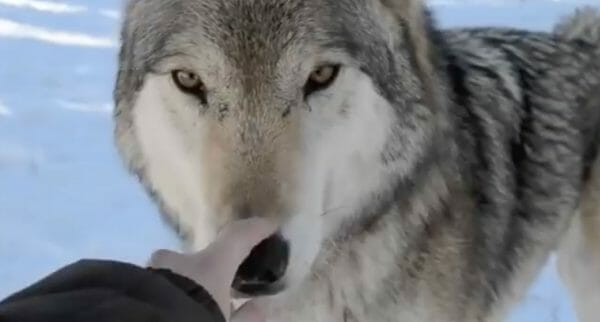 Danielle is a staff member who has developed an incredible friendship with the large wolf.

When I first saw Kekoa and Danielle playing together, my jaw dropped. It’s a magical and surreal sight, especially when you realize how big Kekoa is compared to Danielle.

As brave and noble as he looks, he’s also a big baby and I mean real big! He weighs in at 115 pounds and when he places his front paws up on a persons shoulders he comes in at about 7 feet tall! 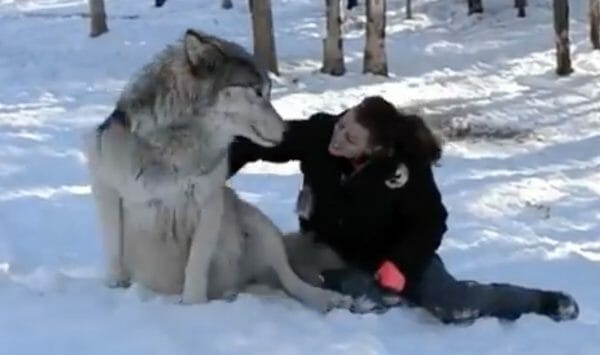 And just when you think you’ve seen it all, another wolf named Sakura comes along and also wants to cuddle.

In an interview with The Dodo wildlife center staffer Michelle Smith explained:

“Since he was raised by people and bottle fed from the time he was born, he is very well socialized, meaning he enjoys the company of people. This is not the same as domesticated or tame. He is still a ‘wild’ animal, and he does tend to show it when he is around his sister. A wolf in the wild would not act this way.”

What the amazing video clip here:

Colorado has not been home to wild wolves since the 1940s, it looks like they will return soon.

The Colorado Wolf and Wildlife Center gives guided, educational tours about wolves and their importance to ecosystems to more than 40,000 people a year.

Share this story to raise awareness about wolves and help the Colorado Wolf and Wildlife Center make a difference!