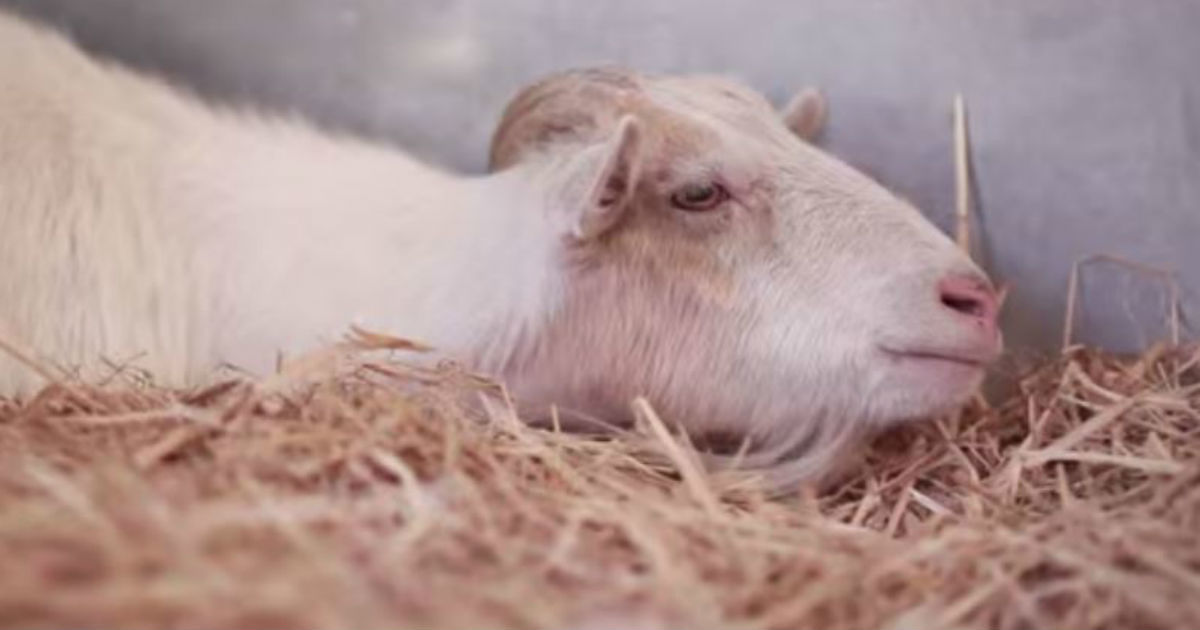 Goat Mr G and donkey Jellybean lived together for ten years before they were separated. When that happened, Mr G went on hunger strike.

In this amazing video, you see their heartwarming reunion.

The unique duo even have a Facebook page together! You can check out here.

In May 2014 Mr. G and donkey Jelly Bean were removed from an unhealthy environment where they had lived together and been close friends for 4 years.

Unfortunately, the people that removed them were unaware of their special relationship and they were separated.

They missed each other immensely. Mr. G missed Jellybean so much that he began to show signs of depression. He refused to eat – for an entire six days. All he wanted to do was to lie in a corner of the barn.

Mr. G’s owners was naturally very worried. What was wrong? They soon realized that the goat was missing his sidekick donkey Jelly Bean.

A kind volunteer drove a total of 14 hours to reunite the duo. And what a great move! As soon as Mr. G heard Jellybean outside, he began coming back to life. For the first time in several days, he went out again, or rather, he ran, to greet his old friend. At last, he was his usual energetic self again.

Mr. G and Jelly Bean were inseparable from that moment on, doing everything together – even eating from the same bowl as only the best of friends can do.

Friendship certainly comes in all forms.

Check out the clip below to see the duo’s beautiful friendship and reunion!

How sweet is this? Feel free to share this cuteness with your friends!