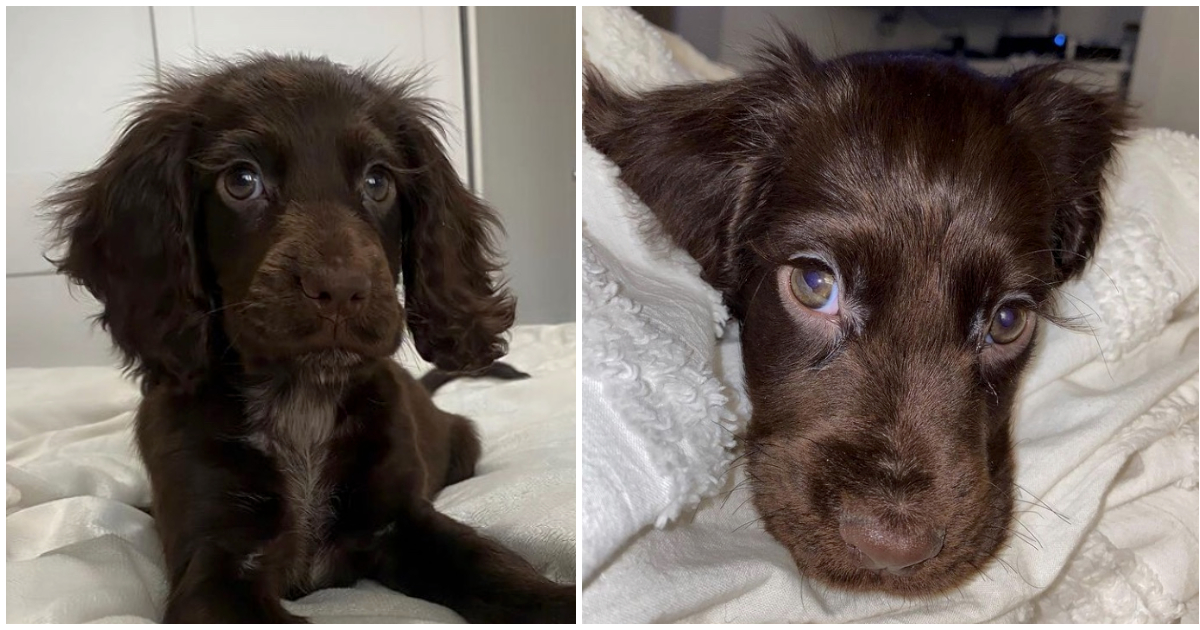 All dogs are beautiful in their own way, but some really have a look that turns heads.

These dogs have unique features that make them look “glamorous” in a way that would make any human jealous.

Like one canine beauty queen, who has gone viral for her luscious, all-natural eyelashes.

Mabel is a one-year-old cocker spaniel who recently became a style icon after a viral TikTok video showed off her big expressive eyes and “long and luscious” lashes:

Mabel’s owner Caitlin Baker joked that her dog was “putting on a show” by batting her big lashes for the camera.

With over 2.3 million likes in less than a week, it’s clear this dog is lighting up the internet — and inspiring some people’s new looks.

“What I will be showing my lash tech in the future,” the video’s caption reads.

In fact, Caitlin actually is a professional lash technician — so as soon as she saw the pup’s unique eyes last year, she knew it was a perfect match.

“When we first saw her we fell in love with her and then noticed her lashes and instantly loved her even more,” she told the Daily Mail.

Cocker spaniels are naturally predisposed to have long eyelashes, although Mabel’s are even longer than average.

She’s not the first cocker spaniel to go viral for having gorgeous lashes: last year a dog named Winnie lit up the internet, with people her eyes to those of a Disney princess.

Mabel also gets compared to a Disney princess, as well as other big-eyed cartoon characters.

“People think she’s amazing and often say she looks like Cindy Lou Who from The Grinch, which is my favorite Christmas movie,” Caitlin told the Daily Mail.