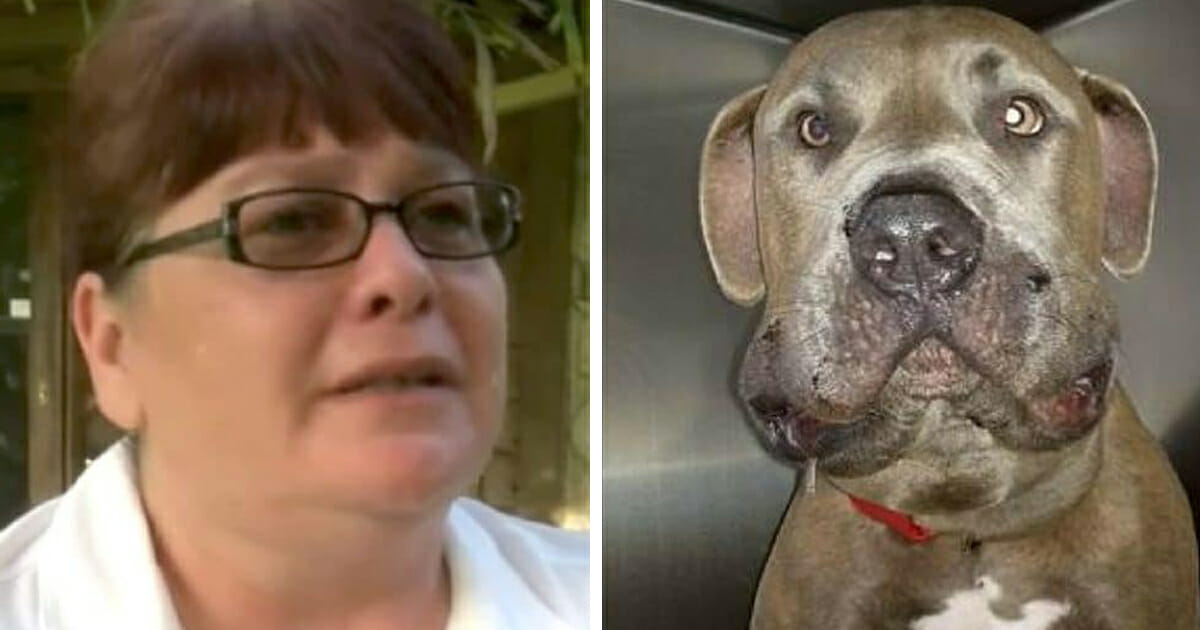 Of all breeds of domestic dog, pit bulls have arguably the worst reputation.

Over the years, numerous smear campaigns have tarnished the public’s view of a breed that can be every bit as lovable, trusting and in need as the others.

Pit bull owner Melissa Butt knew this already, but an event that occurred last year simply further solidified her stance. She’s more confident than ever concerning just how loyal pit bulls can be …

Melissa was working outside her home in Florida whilst two of her grandchildren – 4-year-old Zayden and 1-year-old Mallory – were playing in the grass.

All of a sudden, the family’s dogs, Paco and Slayer, began barking at the grass.

Melissa tried her best to get them to stop, but with every passing second they grew more anxious. Her elder daughter took the kids inside, and no sooner had she done so did Melissa see the problem … there was a copperhead snake hiding in the grass nearby.

With the dogs on the offensive, the snake lashed out and bit them, catching Paco on the elbow and Slayer on the snout.

“That’s when Slayer grabbed the snake in his mouth and killed it,” Melissa said.

Melissa put both dogs in the car and rushed them to a nearby vet. Their respective conditions were growing so serious, however, that the vet recommended they be taken to the BluePearl emergency vet in Brandon, Florida, instead. That was a 40 minute drive.

In the course of the journey, Slayer’s face became swollen and his breathing grew labored. Melissa, meanwhile, was torn between driving too fast and being pulled over by the police, or simply putting her foot down and trying to save the lives of her dogs by reaching help as quickly as possible.

When she finally got to the vets, the dogs were giving anti-venom treatments. Luckily, both of them were saved.

Paco was able to return home after just one night in hospital, though Slayer had to stay because his face had swollen up to the point where he could barely get his tongue out.

“It was devastating to see how bad it had gotten,” Melissa said.

Fortunately, another dose of anti-venom and a whole lot of love and compassion put Slayer back on his feet. He was eventually able to go home a hero.

Melissa will be eternally grateful for her dogs’ life-saving intervention. She knows that without her pit bulls, her children might have been bitten themselves.

If you think that pit bulls are given an unfair rap, SHARE this article to pay tribute to the breed!

If nothing else, share to honor the courageous duo of Paco and Slayer.