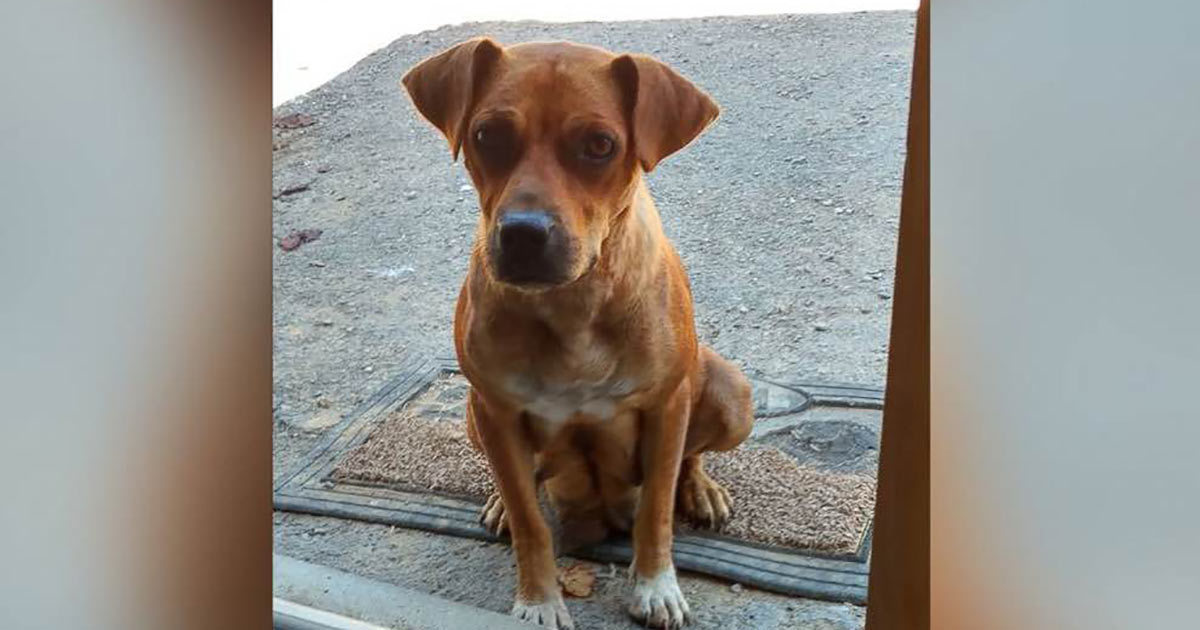 It was meant to be a wild weekend out in the country in Tennesse.

Alongside his seven best friends, soon-to-be groom Michael Craddock hired a cabin out in the woods to celebrate his bachelor party.

The expectations were high. Everyone was excited and ready to have fun — but just as they were going to have breakfast on the first morning they arrived, an unexpected guest appeared and changed everything.

The group of young men were frying up some bacon when they suddenly noticed something.

Out on the porch, a stray dog was staring right at them.

The dog kept a distance and refused to come in — she did however appear to want a bite of what she was smelling.

The eight young men tried to invite their new guest, who they called Annie, inside.

They had no idea where Annie had come from, but she was wagging her tail and seemed very happy to see them.

Finally, after a while, they managed to gain Annie’s trust and were soon all friends.

It didn’t take long before they realized that Annie had just given birth to puppies.

Sadly, they could also see that the dog was malnourished and dehydrated, so she had stopped producing milk.

“After we gave her a bunch of food and water, she started producing milk again,” Mitchel Craddock told ABC News. “So we figured if she’s making milk, her pups can’t be that old.”

Suddenly Annie turned around and signalled the men to come to the forest.

It was clear that she was protecting a spot inside the woods — when the boys followed her there, they discovered a huge hole.

They could hear small growls coming from inside the hole, and when they looked in, they discovered seven small pups roaming around amidst a large pile of grass and sticks.

Carefully, each of the young men picked up a pup and placed it in front of Annie.

“She nuzzled their faces, and she checked out the pups, and to the person holding them, she gave the look of ‘It’s OK, I trust you,'” Mitchel tells ABC News.

The puppies needed to be washed and had fleas removed, but other than that they were in surprisingly good health.

Before they knew it, their wild bachelor party had become a rescue operation for Annie and her puppies.

“We pooled a bunch of money to buy food and beer,” Mitchell tells ABC News.  “After the third day, our beer fund turned into puppy food fund.”

The boys went a step further — they decided to adopt a dog each after their weekend in the woods. They couldn’t bare the thought of deserting Annie and her puppies — they clearly felt very attached.

Since the group of friends live so close to one another, Annie and her puppies will most likely be seeing a lot of each other!

Thanks to Mitchel and his friends, these dogs weren’t just rescued, they were given food and shelter — and now will be given lots of love and affection for the rest of their lives.

You can watch a news report about this story below.

Dogs are such clever animals. It’s as if Annie just knew that Mitchel and his friends would be the saving grace for her and her puppies.

Please consider sharing this beautiful story with all animal lovers out there — or just anyone who believes in fate!