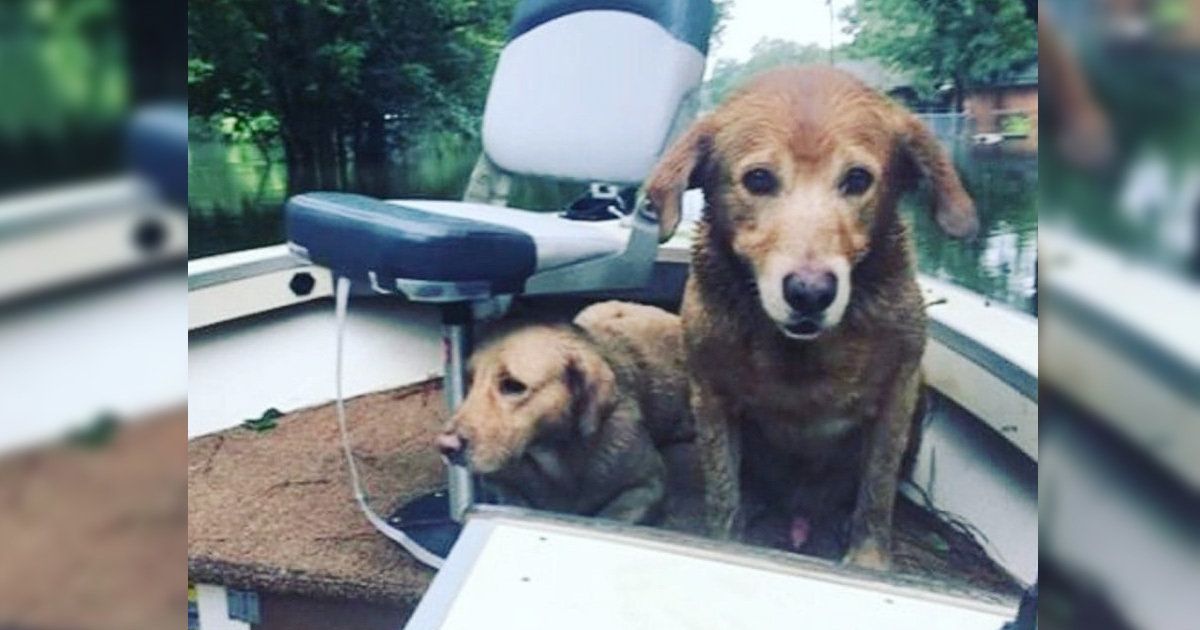 Hurricane Harvey has affected millions of people in Southeastern Texas. Hundreds of thousands of people have been forced to leave their home. And at least 38 people have died.

Many of those who have had to evacuate their homes weren’t able to bring more than the clothes on their back. Homes and most possessions can be replaced, but lost lives can’t. So, it’s incredibly sad to see that so many pets were left behind.

I don’t think any pet owners willingly left their animals behind. But many of them had no choice. Perhaps the animals were safe but escaped when the storm came. Or there was no place for them on the rescue boat.

Many pet owners left their animals fully intending to return for them as soon as they got the chance. And that’s exactly what happened to two dogs in Dickinson, Texas. But luckily, they didn’t have to wait long before help came.

The man on the right in the picture below is CNN reporter Ed Lavandera.

He’s in Houston to report on the disaster. He’s traveled to several affected areas to show the public the devastation. But this is his picture that hit me the hardest. Two dogs are alone in a boat, patiently waiting for their owners to come back.

Ed looked around in the boat, and when he saw the food bowl by the dogs’ paws, he realized that the owners had no choice.

Ed wrote, “I think the people have every intention of coming back to get the dogs. Food was left behind and I suspect it had to be a tough choice and that they will come back for them as soon as they can.”

Ed was unable to bring the dogs with him, but decided to help in the only way he could — on social media.

He posted a picture of the dogs and explained where they were so someone could come and pick them up.

It didn’t take long before the dogs were rescued by some kindhearted volunteers. Ed was told that the dogs are named Frankie and Bear and that their owners had no choice but to leave them behind.

“In the chaotic evacuation, the family was not allowed to bring the dogs in the rescue boat so they thought putting them in the boat temporarily, until someone could reach them, was the safest decision. They’re being cared for and the owners will reconnect them at some point.”

I can’t even imagine how terrible it must have been for Frankie and Bear to wait alone in that boat. But it’s wonderful that they’re safe now! Their owners did their best and made sure they were above water and had food.

Let’s hope that many, many more dogs are rescued and reunited with their owners!