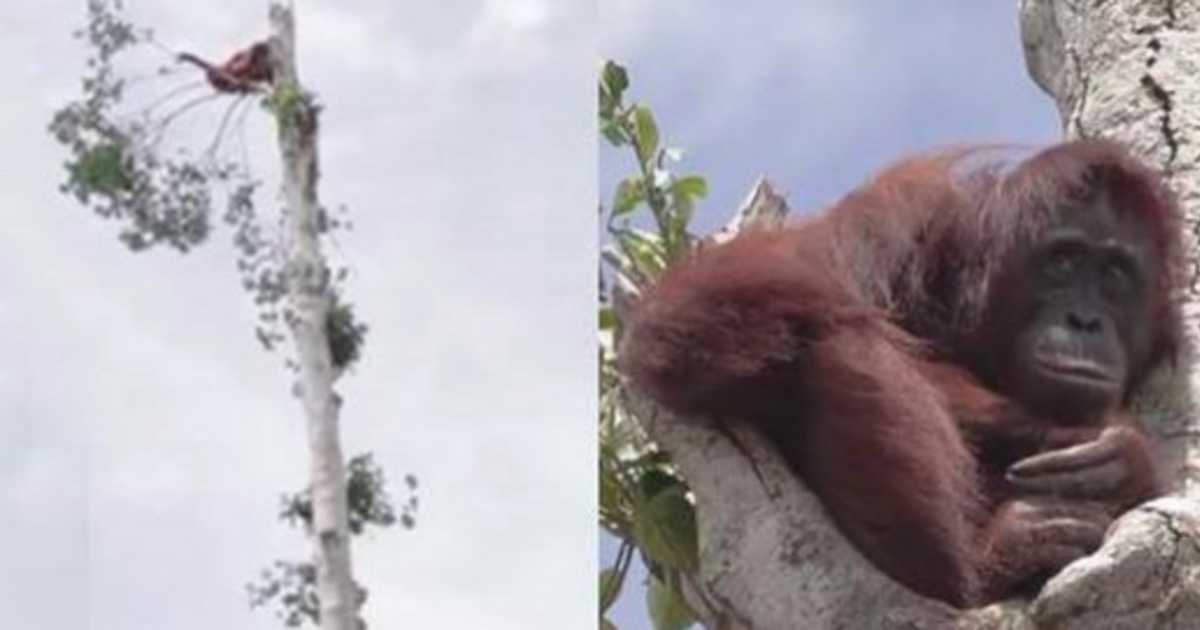 In what used to be a rainforest full of wildlife, plants and trees, a photo has emerged depicting a single, lonely orangutan on a single, last tree that remains of what was once her home. These images were captured in 2013 by International Animal Rescue, an organization that fights for animal rights and works towards stopping humans destruction of natural resources.

This orangutan had been left there to their own fate – left, essentially, to die because her home was devastated in order to be transformed into an oil field.

The image of her sad eyes says it all – and that image is now spreading among outraged animal lovers on social media.

Share
Tweet
The orangutan had basically been left there to starve and die – but fortunately organizations such as the International Animal Rescue (IAR) camt to the rescue. They arrived just in time and managed to save her life. But this was a best case scenario. Today, the two existing species of orangutans are both endangered due to the destruction of their natural habitats. In Borneo, Indonesia, where this orangutan’s life was saved, things are looking grimmer than ever for the animals.

In an appeal on Facebook, the IAR is asking everyone to spread the word – and take care of our planet.

“We are the last and only hope for orangutans in West Kalimantan, and the rainforest continues to be destroyed at an alarming rate. We are busier than ever before, desperately working to protect the forest that still remains,”

Organizations such as IAR really deserve all the help and support they can get. They give us animal lovers the hope that animals in need can get the help they require – and retain the right to their home. See the video below to learn more.

Please share to show your support for animal rights!