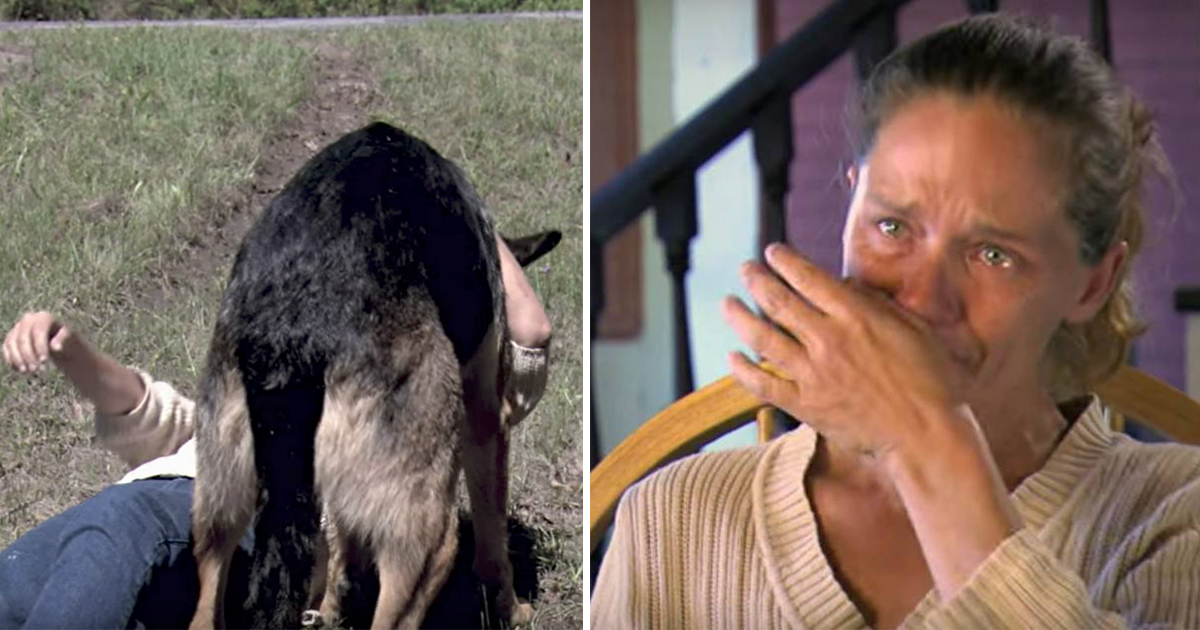 Thirty-six-year-old Shannon Lorio from southern Georgia experienced more drama on one particular day than most people do during a lifetime.

After having an argument with her husband, she decided to go for a drive to get some space.

She was speeding and she drove off the road while going around a sharp curve. She ended up in a ditch and was thrown through her back window onto her trunk.

Shannon went unconscious, and since her car was too far from the road for other drivers to see her, the situation looked grim.

But then she regained consciousness for a moment and saw a big dog standing over her.

Shannon remembers the pain of being thrown through the rear window of her car. After speeding through two sharp turns, Shannon lost control and drove into a ditch.

She was knocked unconscious when she landed on the car’s trunk. She was covered in blood and couldn’t move. When she regained consciousness, Shannon thought she might die, until she realized she wasn’t alone. 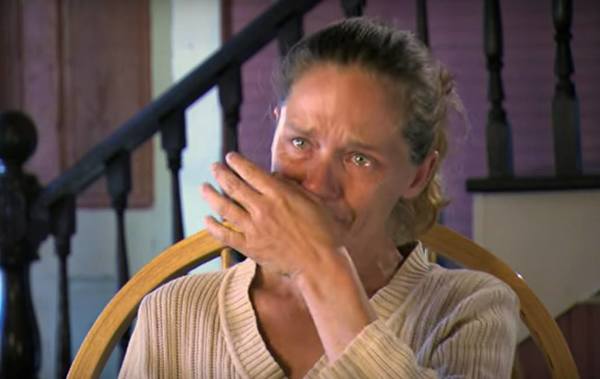 “I was bleeding from my face and my nose. All of a sudden, I felt a presence, a really huge presence. He was straddling me,” Shannon told Heroes Among Us.

Before Shannon had time to panic, the dog, whom she later called Hero, started licking her face. But the story doesn’t end there. After Hero had licked most of the blood away from Shannon’s face, he started pulling her from the ditch. Then, he slowly dragged her about 50 yards until she close enough to the road that she could flag down a car.

“This dog, he did everything. He’s an amazing animal, he really is. I honestly believe, in my heart, that if he hadn’t have, I probably wouldn’t be here today. I really wouldn’t. I think I honestly, I would have died. I really do. I’m glad I didn’t,” the 36-year-old said. Thanks to Hero dragging Shannon closer to the road, some passersby were able to see her and get her to the hospital.

Hero turned out to be homeless, but after his heroic rescue work, he was taken to the Humane Society, where he was adopted by canine search and rescue coach Heidy Drawdy.

Hero was later trained to be certified as a rescue dog, which definitely seems to be his calling.

“He saved my life without any training. And to think what he could do with the right amount of training, he could be saving many more lives,” Shannon said, adding, “I told him, ‘you’ll always be my hero.'”

This story really touched my heart. Hero stepped up and understood what he needed to do to save Shannon’s life.

Please share if you also think that dogs are amazing animals.