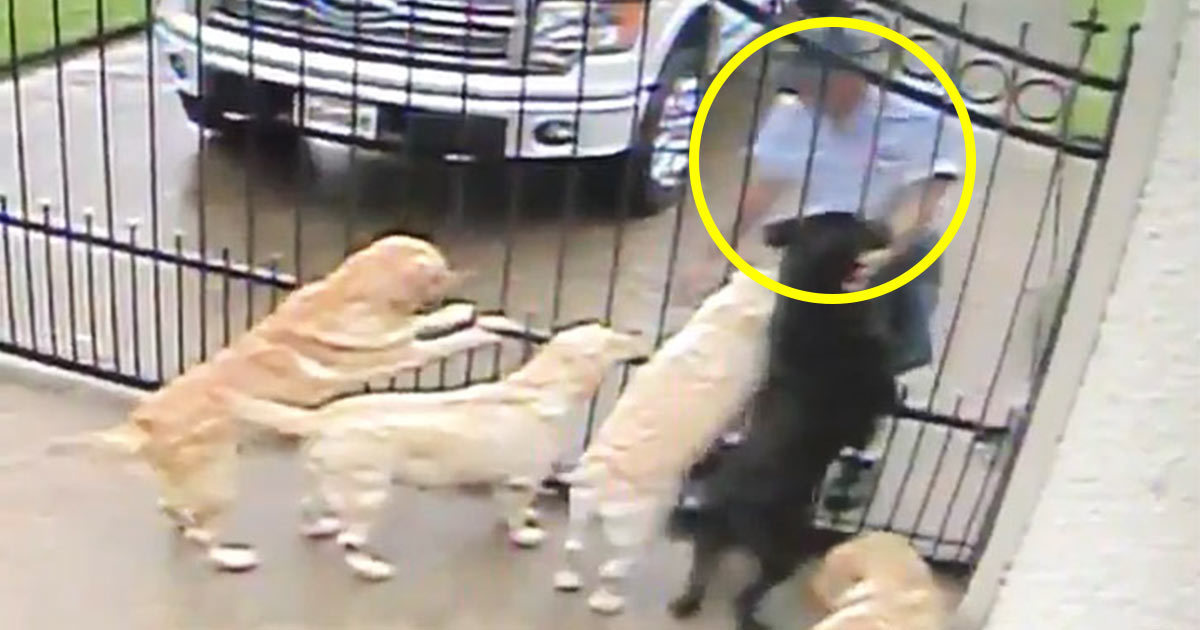 The cliche that mail carriers and dogs are sworn enemies has been said so many times that most people probably believe it.

But if you you watch this clip, which is currently going viral, you’ll find out that truth is sometimes just the opposite.

One day when dog owner Aaron Hernandez was looking through the footage on his security camera, he saw something unexpected.

Suddenly, his neighborhood’s new mail carrier walked up to his gate and went up to Aaron’s five dogs. Then, he did something quite unusual.

Despite probably having a lot of work to do, the postal worker bent down… and took some time to pet and hug each of the five dogs!

Aaron was so moved by the mailman’s sweet act that he decided to post the clip online.

“Even when we aren’t home to show our dogs love we can always depend on the mailman to give it to them even on rain days now this is love ❤️,” Aaron Hernandez wrote on Twitter.

Since the video was posted ago few days ago, it’s already been viewed almost half a million times — and tributes to the mail carrier have been pouring in.

Watch the clip and you’ll understand why:

If we all spent quality time with dogs every day, like this postal worker does, the world would be a much better place.

Share this heartwarming clip with everyone you know who appreciates animals!