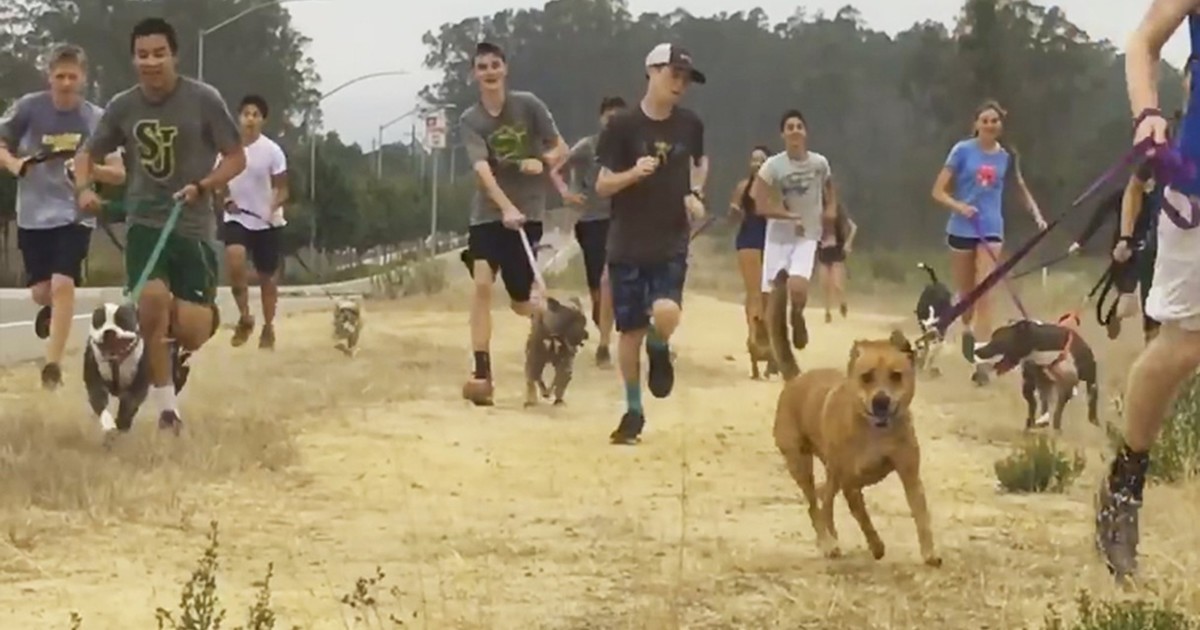 Back in August, the cross-country running team at St. Joseph High School in Santa Maria, California decided they’d like to invite their local shelter dogs along for a run. And the staff at Santa Barbara County Animal Shelter were happy to let their dogs get some sun and stretch their legs a bit.

By all accounts, it was a blast, and team coach Luis Escobar wrote on Facebook, “I am not sure who was more excited and having the most fun… the dogs or the kids.”

When I saw the video from the run on Facebook, I couldn’t help but smile, and apparently, I’m not alone. The video was seen by hundreds of thousands of people, including runners and coaches at other schools.

“After we got back, I posted something about it on our Facebook page,” Escobar told the Santa Maria Times. “Almost immediately, it got hundreds of shares and thousands of likes. I got calls from coaches and athletic directors across the country asking about it.”

Isn’t this a great idea? Share if you agree. Who knows? Maybe you’ll inspire a running team to take out their local shelter dogs for a run!