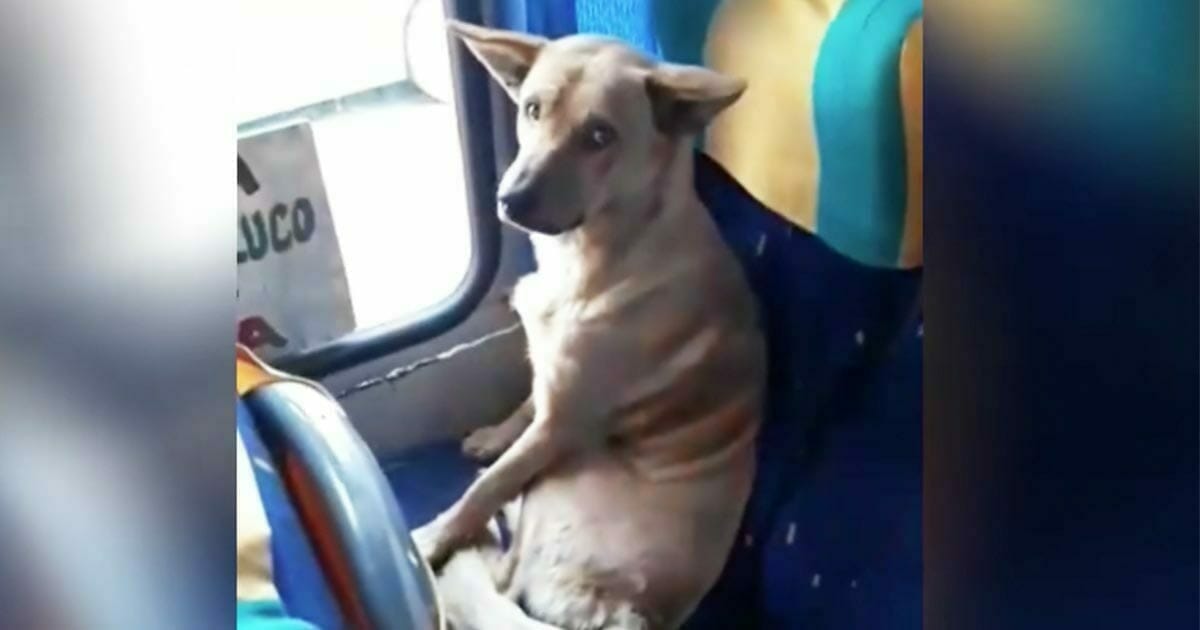 There are animal lovers, big and small, the world over, who assume responsibility every day to improve the lives of animals.

Sometimes it can be those you least expect; a cashier at your local supermarket, your children’s school teacher perhaps, or, as in this case, a bus driver.

The friendly gesture this driver made is so overwhelmingly cute and positive that it made my day.

Fortunately, the whole thing was caught on film …

Santiago, Chile. A bus driver on his usual route sees a dog board behind a man. The driver’s initial thought was that the pooch had to belong to the man he had gone on behind, but by the time he reached his final stop, the dog was still sitting on the seat.

The driver decided that he wasn’t going to force the dog off at the last stop, both because it was so far away from where the pup had boarded, and because it was cold outside. Instead, he turned the bus around and continued on his journey back the other way.

He’s a true example of someone who treats animals the way they should be treated. And while many may react to the fact that the dog was actually sitting on a seat, it didn’t bother the bus driver one bit. In fact, he took the time to film the cute doggo.

You can watch the video here:

Share this article with your friends and family on Facebook if you think the bus driver is a true animal hero!