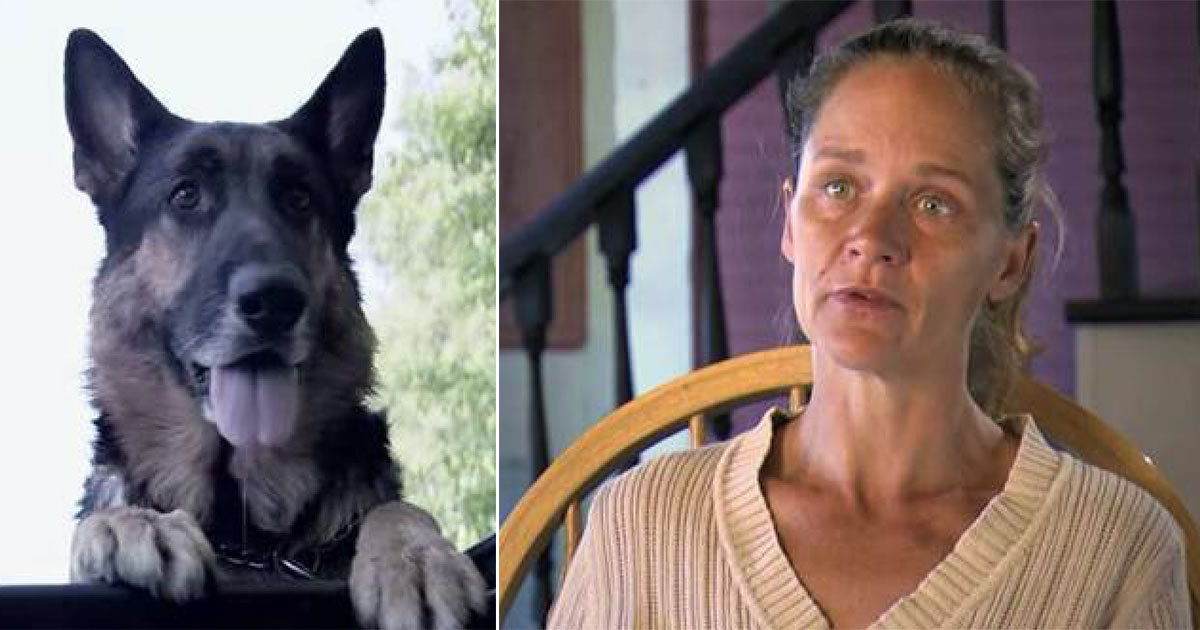 I’ve heard a lot of stories about dogs who have saved people’s lives. But this one went straight to my heart.

It all began with a horrible accident. Shannon Lorio drove off a road in southern Georgia and was lying bloody and unconscious in her car.

Then a strange four-legged friend arrived and did something that proves that dogs really are man’s best friend.

It was an ordinary day when 36-year-old Shannon was out driving. But then she misjudged a curve on a desolate road and lost control of her car. Before she knew it, her car was in a ditch.

Shannon was bloody and injured in the car. She was in pain, couldn’t move, and was barely conscious.

Eventually, Shannon lost consciousness. She doesn’t know how long she stayed in the car. But she’ll always remember what happened when she woke up.

Suddenly, she felt a “huge presence” beside her. She could feel something breathing on her, and then it licked her face. Shannon opened her eyes and saw a big dog.

Shannon lost consciousness again, but the dog had already decided what to do next. When Shannon woke up, the dog was pulling her out of the car. He continued dragging her to the side of the road where she had lost control of her car. The dog refused to give up.

“I’d never seen him. But he came across me and I thank God that he did,” says Shannon. “I wrapped my arms around his neck and pulled myself up, and it was the first time I stood up.”

When they reached the highway, Shannon and the dog who refused to leave her side stopped a passing car passing and got a ride back to town.

So what happened to the dog? Shannon gave him a very fitting name: Hero, but she couldn’t adopt him because she already has six dogs. So Hero was taken to the Humane Society were he got a treat and a new toy as thanks for his incredible effort.

Then not long after Hero was taken in by the animal shelter, a dog trainer adopted him and plans to make him a search dog for rescue missions.

“That dog will always have a special place in my heart,” said Shannon.

Despite the nasty accident, Shannon managed to escape without any serious injuries, all thanks to Hero’s heroic effort. The dog certainly has a bright future as a rescue dog and I’m sure he’ll help many people in need.

Watch this video to hear Shannon tell the story:

Hero has the perfect name, doesn’t he? Don’t forget to share this article so more people can read his incredible story.