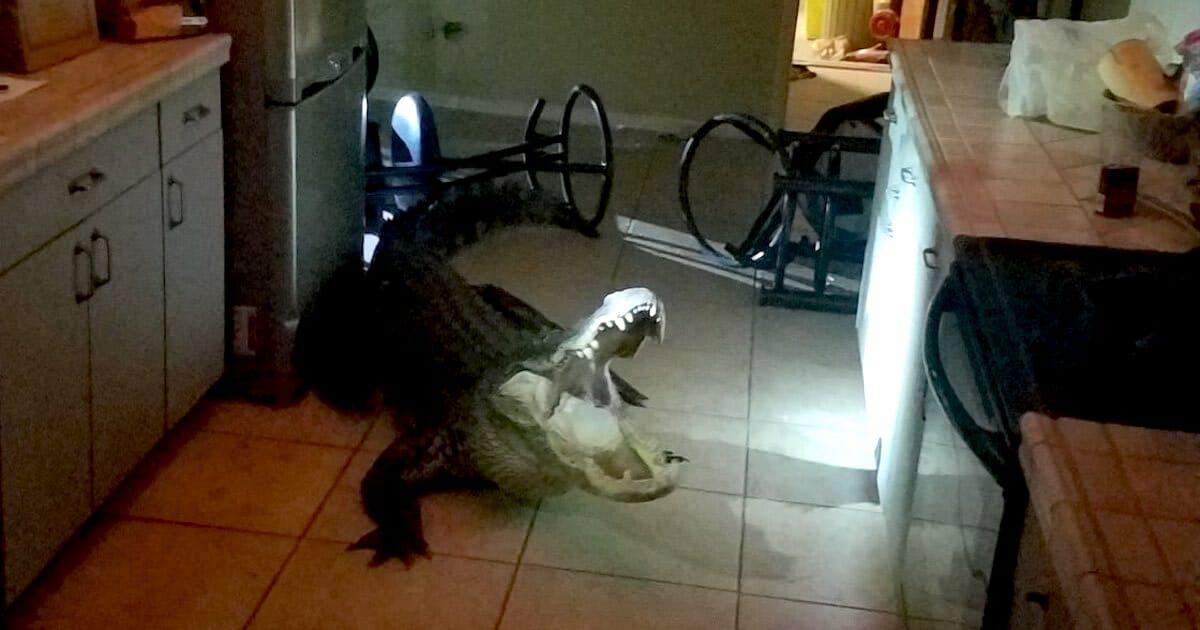 Yikes! This would be quite the sight to behold, if you were the homeowner in this story!

If you’re like me and live in the big city, the worst we’ll see is a mouse or a cockroach in our homes. Occasionally there are some crazy stories that come up of people finding other types of animals in their houses like owls or bats. But it’s really in the suburbs where you find some pretty extraordinary wildlife.

Now, that’s just outside the city. In other parts of the country, there are dangerous animals that can wander into your home. Just ask this homeowner, who found an 11-foot monster sitting in her kitchen.

The homeowner told authorities that she left the windows open in her Clearwater, Florida condo, and overnight, she saw that there was an 11-foot-long alligator hanging out in her kitchen! The windows were apparently close to the ground, which explains how the gator was able to hoist himself through the openings.

Check out the incredible photos below.

An unwanted overnight visitor had to be removed from a home on Eagles Landing Circle West in Clearwater. The…

Posted by Clearwater Police Department on Friday, 31 May 2019

The homeowner called police, and a trapper also arrived at the scene to remove the giant reptile.

The gator was captured, and no one was injured, according to sources.

We think that this homeowner has learned a valuable lesson: she will make sure those windows are shut from now on!

An unwanted overnight visitor had to be removed from a home on Eagles Landing Circle West in Clearwater. The 11-foot-long gator broke into the home through some low windows in the kitchen. The homeowner called police and a trapper also responded to the scene. The gator was captured and there were no injuries.

What an incredible sight! We’ve never seen a gator this close up—it’s both fascinating and scary! Please share if you know anyone who lives in Florida and want to warn them about closing their windows!