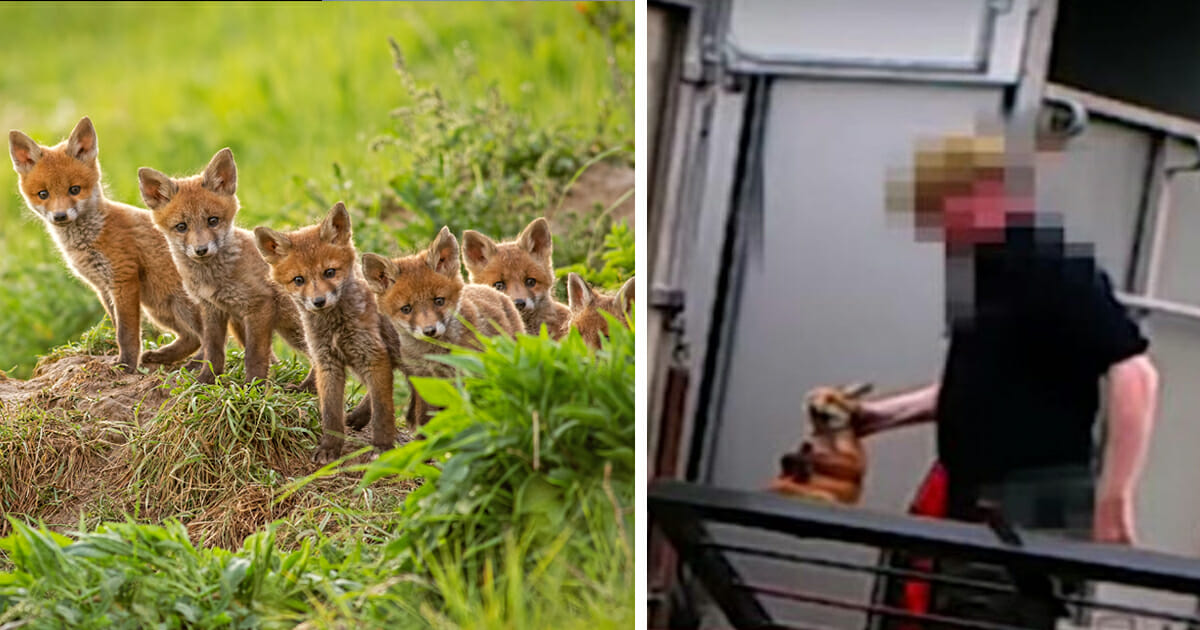 A judge’s seemingly lenient decision has sparked mass outcry in England, after a huntsman and kennel maid who fed live fox cubs to hounds were not banned from keeping animals.

Yet many are those who have disputed the decision not to ban the pair from keeping animals in the future. District Judge Joanna Dickens passed sentence at Birmingham Magistrates’ Court, describing the fox cubs’ deaths as “painful” and “terrifying”.

Paul Oliver and Hannah Rose have been convicted of animal cruelty after foxes were thrown to hounds at a hunting kennels.

The maximum possible sentence is six months in prisonhttps://t.co/LU1v90cAJk

Oliver and Rose were initially charged with animal cruelty after undercover footage of them was captured at the South Herefordshire Hunt’s kennels. Anti-blood sport activists had placed the cameras there in May 2016, and later footage showed Oliver feeding the fox cubs to the hounds.

During the trial the court heard how the cubs were being used to “blood” hunting hounds at the kennels in Wormelow, teaching them to kill foxes.

District Judge Dickens explained her reasons for not banning either Oliver or Rose from keeping animals in the future, stating: “I think the chance of any reoccurrence is minimal.

“I also take into account that to disqualify them from being in control of animals would cause them to lose their current employment and any hope of future work, as this is their livelihood.”

Even so, there has been widespread anger at the apparent leniency of their sentences, especially given the particularly brutal way the cub’s were killed. The internet came alive in the wake of the case, with the vast majority of the opinion that Oliver and Rose have gotten off lightly.

Apparently this sub-human scum (Paul Oliver, Ex-Master of South Herefordshire Hunt) only got a suspended sentence.

He ‘fed’ two little fox cubs to his dogs.

We need a huge reform of our animal welfare laws in Britain. Not good enough. https://t.co/NM4d5l1AKf

Absolutely disgusting the Judge being pro hunt I am sure had nothing to do with his decision. Paul Oliver is an evil man. https://t.co/EM4QZubOOF

I don’t know about you, but I fail to see how these are fit punishments for people who have put animals through such unnecessary pain. Suspended sentences and no ban on keeping animals simply isn’t tough enough!

What do you think? Let us know thoughts in the comments box below.

Share this article if you think tougher laws need to be introduced for those found guilty of animal cruelty.