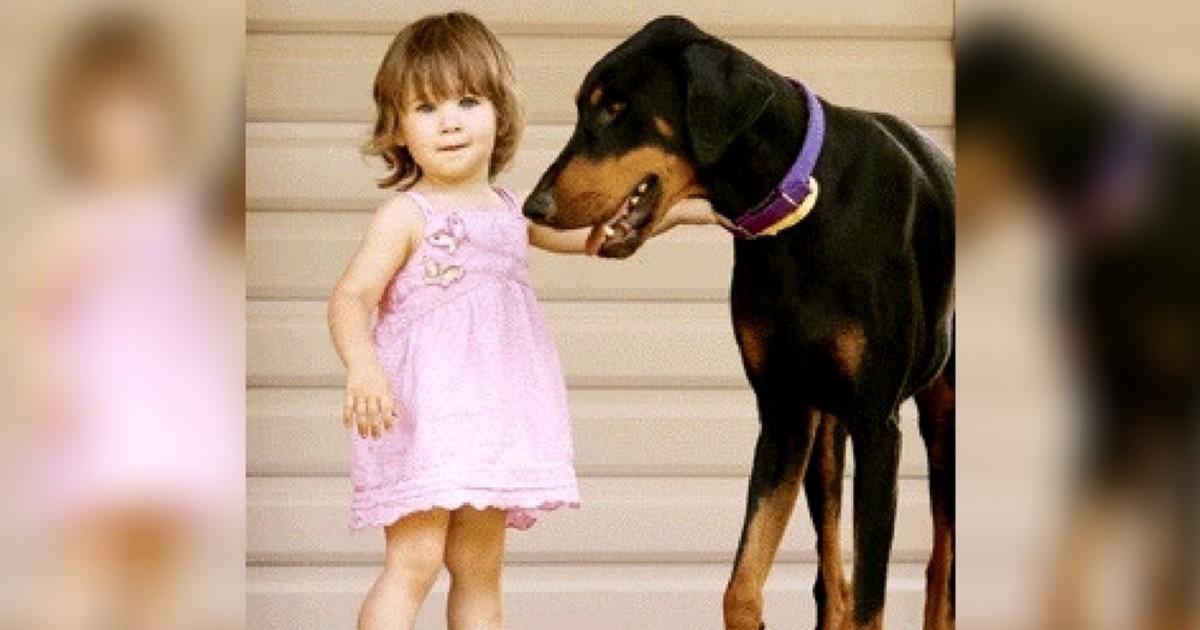 The vast majority of dogs are wonderful and would never hurt a soul.

Unfortunately, there are a few dogs out there that sometimes behave aggressively toward other dogs or humans.

When a large dog does this repeatedly, it can get scary. And it’s enough that owners of large, aggressive dogs sometimes have to decide whether sharing a home with such a dog is safe for their kids.

Catherine Svilicic had this exact thought when her family dog—adopted only days before—acted extremely aggressively toward one of her children.

In October 2007, Catherine Svillcic was in her backyard enjoying a nice moment.

Her 17-month-old daughter, Charlotte, was playing by herself. And also in the yard was the other new addition to the family: a neglected Dobermann named Khan.

Catherine had just adopted the dog four days before.

His former life had been awful and it was obvious that his previous owner beat him and didn’t feed him enough.

Then something happened that shattered the happy day in an instant.

“Khan was really concentrating and was acting aggressive towards Charlotte and kept trying to nudge her but it wasn’t working, so he grabbed her by the back of the nappy and threw her more than a meter,” Catherine Svilicic told Australian newspaper Adelaide Now.

The mother was shocked when she saw the dog’s behavior. But then she looked down and saw something slithering under the house: a poisonous snake.

Then, Khan made a loud noise and recoiled in pain.

Catherine soon realized that Khan had sacrificed himself and rescued the little girl from a king brown snake, one of the world’s most poisonous snakes.

Luckily, Catherine was able to get Khan to the vet before it was too late. Khan was given the antidote and managed to survive.

If it weren’t for Khan’s brave action, Charlotte probably would’ve been bitten instead.

Even though Khan had only been with his new family for four days, he was prepared to protect little Charlotte from danger. What a hero!

I already knew that dog’s were loyal, but this story really shows that they’re prepared to sacrifice their lives for the love of their humans.

Not many people would do what Khan did for little Charlotte! Share this article if you’re also amazed by the incredible loyalty of dogs!