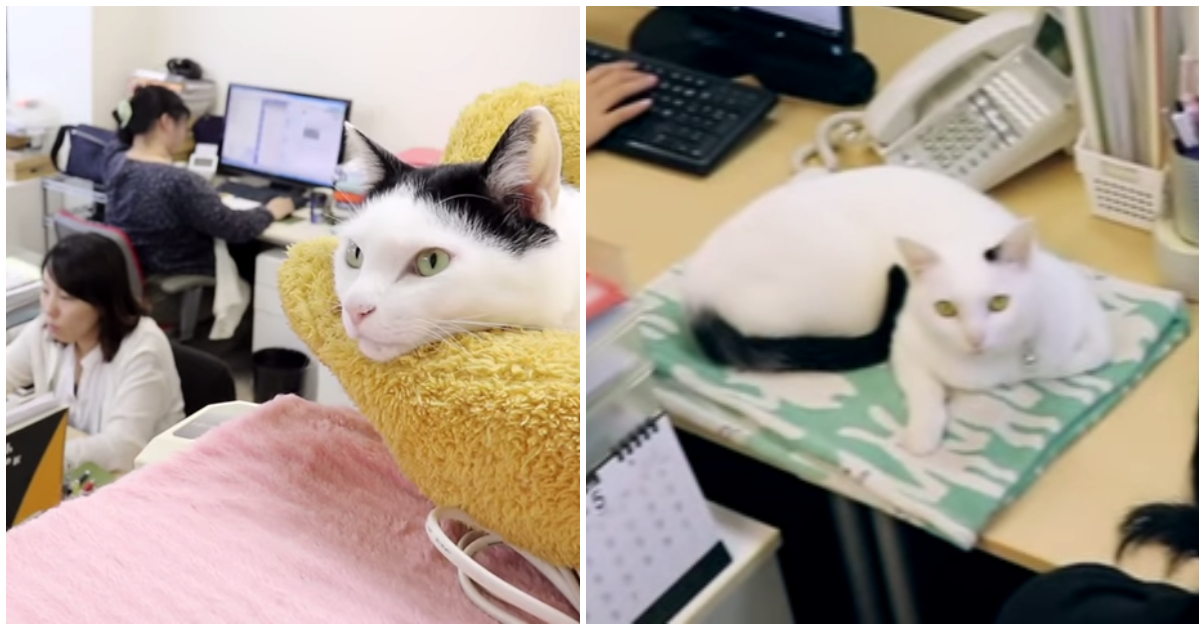 Many people who work in offices know it can be a grind sometimes, and any good company is always looking for ways to boost morale and keep their employees happy and productive.

But one company went beyond the usual company parties and “casual Fridays,” discovering a unique and adorable way to brighten the workday — and help save some shelter cats in the process.

If you get a job at Ferray Corporation, an IT company in Tokyo, be prepared to share your cubicle with some very unexpected co-workers: the company is home to several cats, who roam the office during the workday.

CEO Hidenobu Fukuda told NipponNewsNet in 2017 that the company has had cats since its inception, and currently had 9 in the office.

He says it was a way to help save the lives of some of the local cats by giving them a place to stay.

“Our cats were all abandoned cats, not bought at pet shops,” he explained. “We try to adopt cats from shelters where they may be killed.”

The cats are taken care of by the employees, who bring in food and feed them twice a day.

Employees also take the cats home at night, and are encouraged to bring their own pets in. The company also offers a stipend for employees who take in their own rescue cats.

The cats roam the office — which, naturally, can sometimes cause a bit of a ruckus for the employees during work hours.

“Sometimes, cats jump onto the keyboards or step on the telephone hook and cut off the conversations,” Fukuda told NipponNewsNet.

But it’s still worth it, because these cats boost morale throughout the office. They’re credited with reducing stress and increasing productivity.

“By having many cats, we can relieve the stress from working all day in front of the computers,” Fukuda said.

This definitely sounds like a win-win situation: these cats get a loving place to stay instead of being in shelters or on the street, and employees love having them around the office.

Share this story if you want to work in an office with cats!