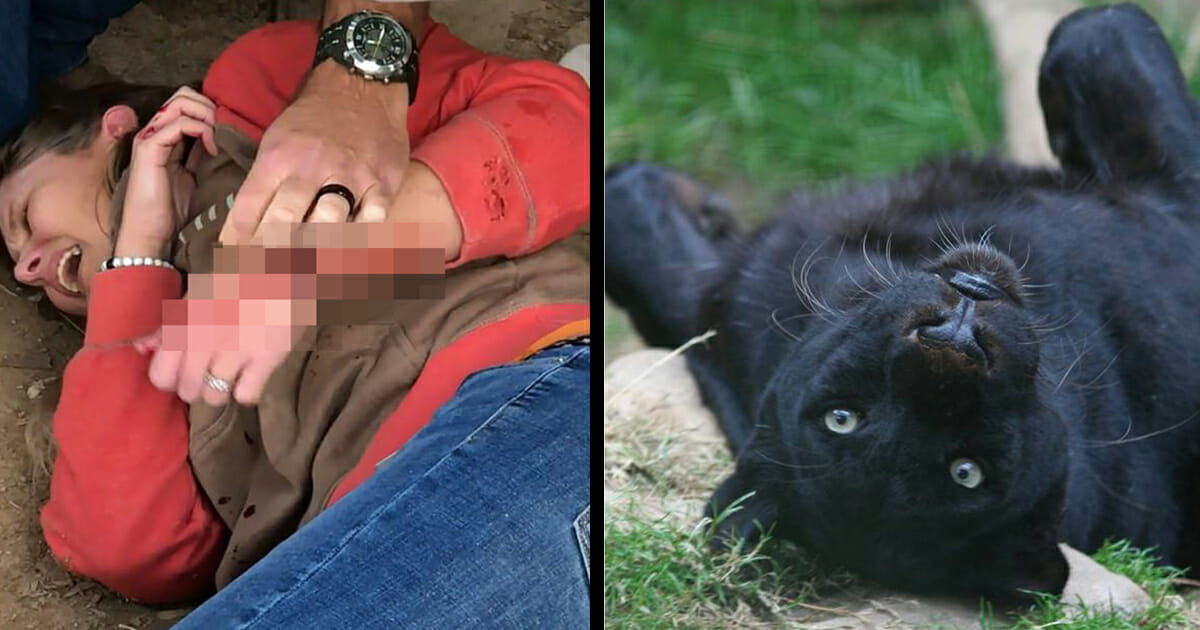 Though there’s no fault in admiring and having interest in the many creatures we share this planet with, it’s of paramount importance to draw a line of distinction between humans and animals.

This is particularly pertinent when it comes to animals that are dangerous by nature, and even more so when they’re living in a zoo or park wherein it’s easier to be lulled into thinking they’re not so deadly after all.

One needs only look back to the matter of Harambe, the gorilla who was shot dead after an infant fell into his enclosure four years ago, to be reminded of what can happen when people neglect proper safety measures.

Sadly, however, it seems not everyone is up to speed with the fact that taking risks around animals is never going to end well. A young woman in Arizona recently made a mistake that could so easily have proven fatal for both her and the jaguar she tried to take a selfie with …

Please understand why barriers are put in place. Sending prayers to the family tonight. pic.twitter.com/2MPb8bXhwR

The woman in question, a visitor to the Wildlife World Zoo, Aquarium and Safari Park, took it upon herself to cross a walled barrier in order to get a better picture with a jaguar.

Of course, jaguars may be stunningly beautiful, and possessive of a dynamism all of us can appreciate, but they’re also devastatingly efficient predators, and to a big cat you or I, under the right circumstances, look suspiciously like food.

So it was that the jaguar in this instance reached out and grabbed the foolish woman with its claws. The woman sustained deep gashes on her arm and had to be taken to hospital.

The story quickly gained viral status online, with people not only scratching their heads as to how someone could be so daft, but also wondering what would now happen to the jaguar. It’s not unheard of for animals to be put down when things like this happen, and so many were worried the jaguar might lose its life.

Fortunately, however, the zoo confirmed earlier this week that the animal won’t face any penalty for its actions, rightly stating that the incident was the woman’s fault.

We can promise you nothing will happen to our jaguar. She’s a wild animal and there were proper barriers in place to keep our guests safe- not a wild animals fault when barriers are crossed. Still sending prayers to her and her family.

Watch the video below for more information:

We are, of course, wishing this young woman a speedy recovery, but we simply cannot condone her actions, nor side with anyone asking for the cat to be put down. It is, after all, a wild animal acting purely on instinct, which facilitates the need for security measures in the first place.

As humans we’ve had to learn to respect the power of nature throughout our history, and crossing borders to try and get better photos not only risks your own life, but that of the animals as well.

We’re just so thankful the jaguar won’t be put down!

If you think people need to be more mindful of animals, share this message on Facebook and help us spread the word.