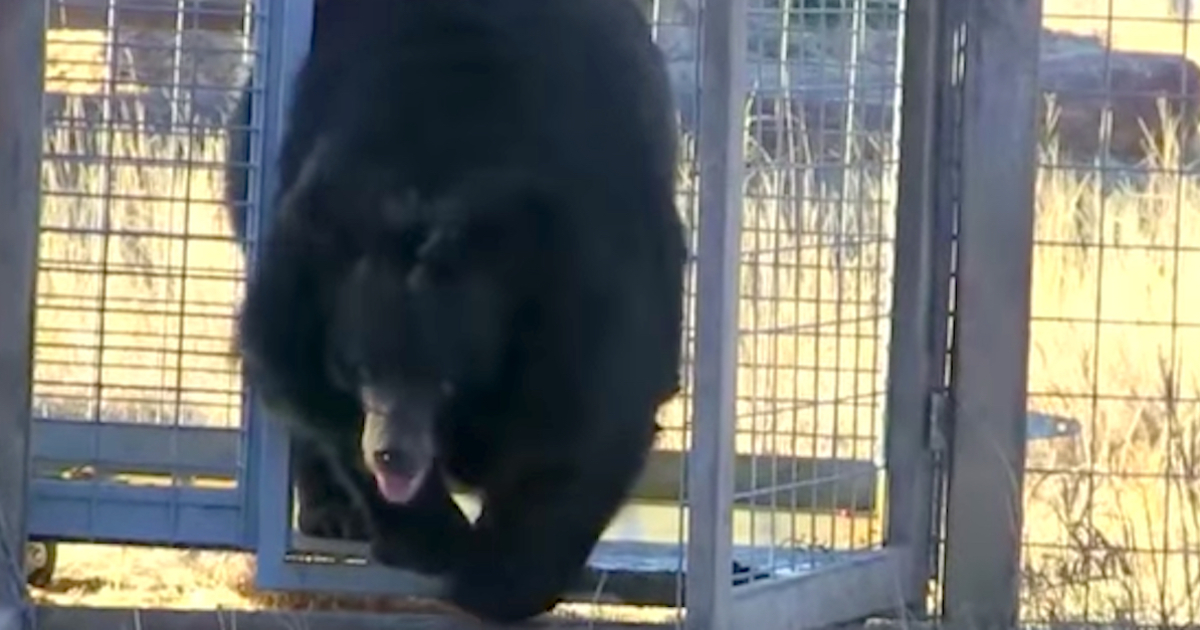 The freedom we sometimes take for granted is unfortunately not a given for all the amazing animals out there. This was certainly the case for bear Lily. As a child, she was kidnapped by hunters and then sold to a zoo in Maryland, USA.

There, Lily lived a terrible life in a tiny cage – a cage so small, she could barely move. This resulted in numerous health problems for Lily, and of course led her to severe depression.

But one day everything changed, thanks to animal lovers with hearts of gold.

In addition to being subjected to a vile life at the zoo, far from her natural habitat, Lily was also overweight because she could hardly move in the cage.

Years passed and Lily’s health deteriorated. It seemed more and more inevitable that she would die in that cage.

But everything changed when Lily’s story began to surface on social media. Animal welfare organization PETA got involved in Lily’s case and began negotiations to free Lily.

After ten years in captivity, Lily is now living right where she belongs in the wild, in a sanctuary in Colorado. She is as far away as possible from the zoo that put her through misery for years – and away from that terrible cage.

Watch the video below to see Lily take her first steps of freedom.

Thank goodness for animal activists who do everything to help these innocent creatures. Please share if you also want to pay tribute to them and were touched by what they did for Lily!