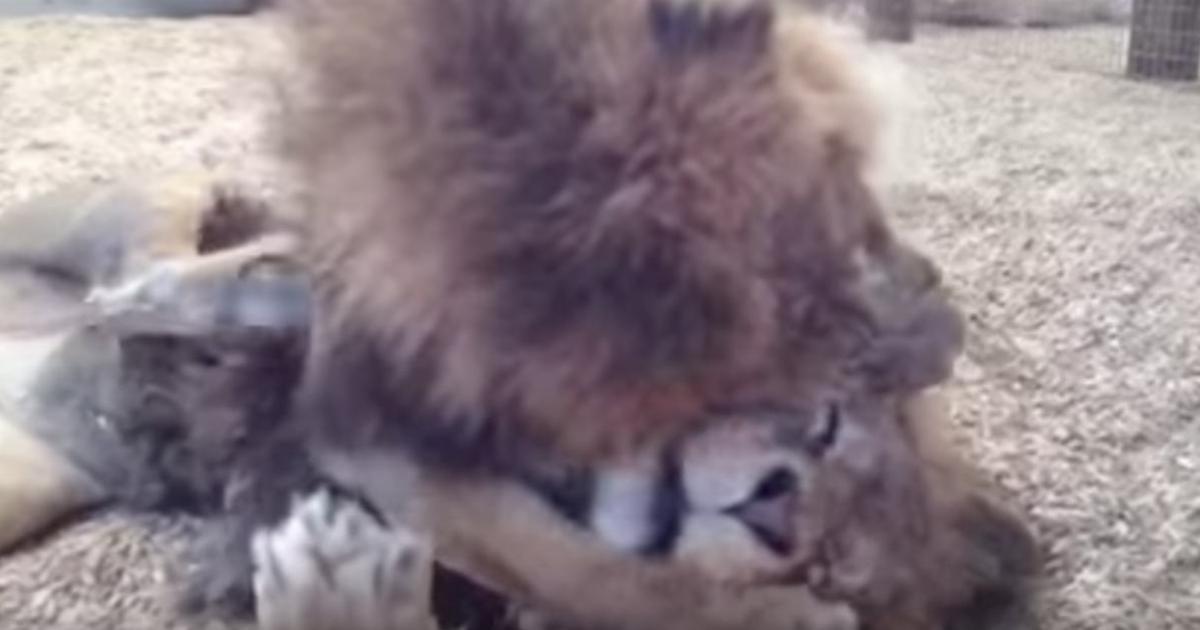 The five of them had spent most of their lives locked in cages at a circus in Bolivia.

Then in 2012, the unfortunate circus lions came to the attention of Animal Defenders International. The animal rights organization decided to free the big cats from their unacceptable living conditions. And for two of the lions, their release would carry an extra special blessing.

Brothers Pancho and Temuco spent their entire life at the circus in separate cages. But when the lions were released at the Wild Animal Sanctuary near Denver, Colorado, they were allowed to be together again once and for all.

It was an emotional moment to say the least.

After they were reunited, Pancho and Temuco instantly started making up for lost time by playing together in the grass.

This clip catches the amazing moment when the brothers see each other again:

“Within six months, some of these lions have gone from living in complete isolation in a stinking cage, being beaten and abused, to roaming the Colorado countryside in prides just as they would in the wild,” said Tim Phillips, vice president of ADI.

I’m so happy when I hear stories of animals being released from captivity! At the same time, we should never forget all those animals that are still living in captivity.

Please share this video on Facebook to raise awareness for all animals still living in cages, separated from their families!