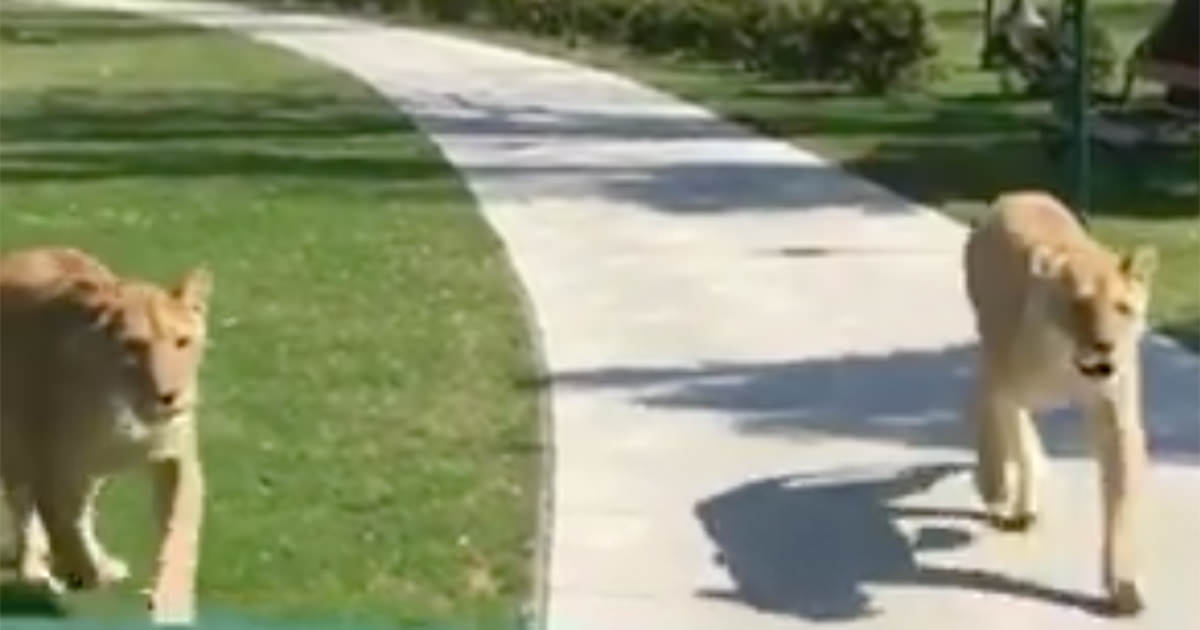 Lions might not be the first animals you’d like to hug. But the fact is, these majestic animals have incredible memories and can show a lot of love.

This is the story of two lion cubs that were rescued from a circus in Eastern Europe. Seven years later, they were reunited with their hero — and it’s impossible not to be moved after you see what they do when they see her. The woman who rescued the two lions cubs is named Michaela Zimanova. She rescued them from a circus where their mother worked. After the lions’ mother rejected them, Michaela was able to take them to the Big Cats Rescue Centre in Slovakia, where she gave them love and became their foster mom.

At some point, Michaela was unable to keep looking after for the lions, named Malkia and Adelle on a daily basis. Then seven years later, Michaela visited the two now full-grown lions at the rescue center.

Although it had been years since the big cats had seen their foster mom, there was no doubt that they recognized her and had missed her. As soon as they caught sight of Michaela, they ran to her, hugged her, and licked her face to show her love. When you watch the video below, it’s hard to believe that wild lions are actually carnivorous predators. When they meet their long-lost mom, Malkia and Adelle act like cuddly pets. And judging by Michaela’s facial expressions, she seems at least as happy as the lions are to be reunited.

Today, Malkia and Adelle are continuing to live the good life at Big Cats Rescue Centre in Slovakia, as they never developed the skills they’d need to survive in the wild. In view of all the love and joy Michaela got from the lions, we’re pretty sure they’ll be seeing a lot more of each other.

Watch the moving video of the moment when Michaela reunites with Malkia and Adelle here:

Please share this nice story with your friends to spread a little love.