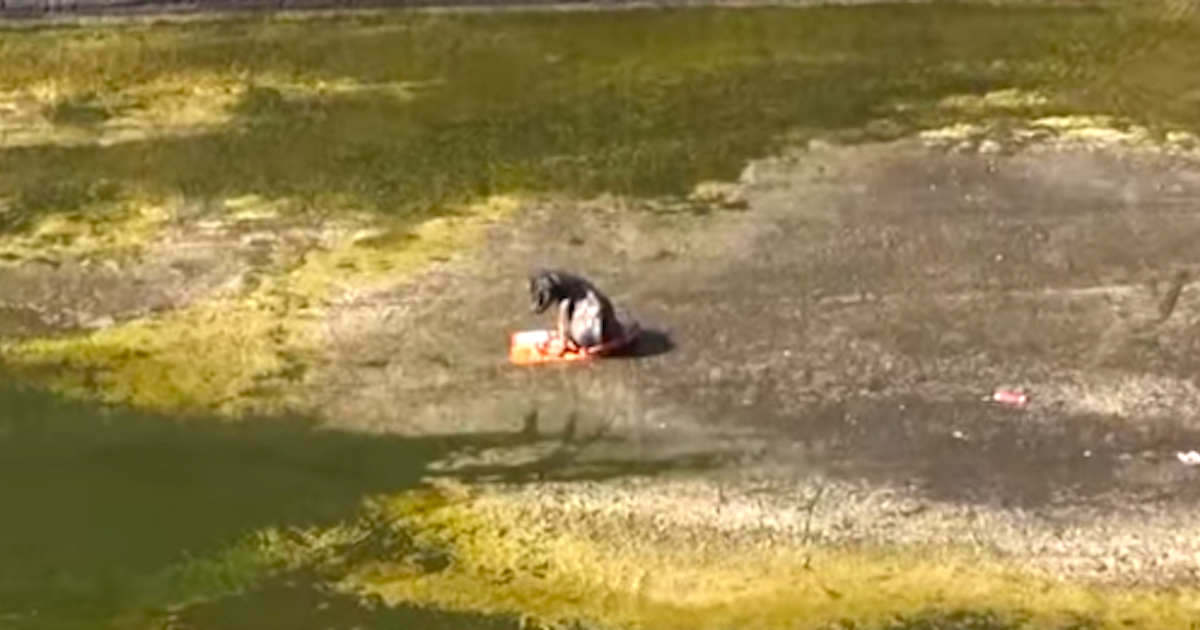 I like to think that I have a big heart and try to treat everyone I meet with respect.

I do realize that thinking that way is not exactly constructive, however, so instead, I prefer to focus on all the compassionate and selfless humans out there who help animals and stand up against animal abuse.

People who refuse to accept that it’s ok to treat animals like junk.

Animal rescue organization Hope For Paws includes such like-minded individuals. I personally think they deserve a huge round of applause for all the hard work they do in the service of the animals.

When Hope For Paws found little Jordan in a drainage channel in Los Angeles, USA, the poor dog was in very bad shape. The situation didn’t look good.

Luckily, several heroes soon arrived on scene… and they refused to accept that a dog’s life would be wasted just because of an irresponsible owner who acted terribly.

Jordan was found shaking and missing a leg – someone had cut off his leg and then tossed him down 30 feet onto concrete.

Thankfully, someone had spotted Jordan and contacted Hope For Paws, who quickly came to the rescue.

They brought Jordan directly to a veterinarian, but he was too weak to immediately undergo surgery. He received several blood transfusions and was carefully washed before the surgeons took over and saved his life.

That’s when Jordan’s life can be said to have really commenced. Check out the video below to see his journey from abused and neglected – to an adult and loving dog who enjoys his new life!

Please share this wonderful animal rescue if you agree that all dogs deserve security and love in their lives!