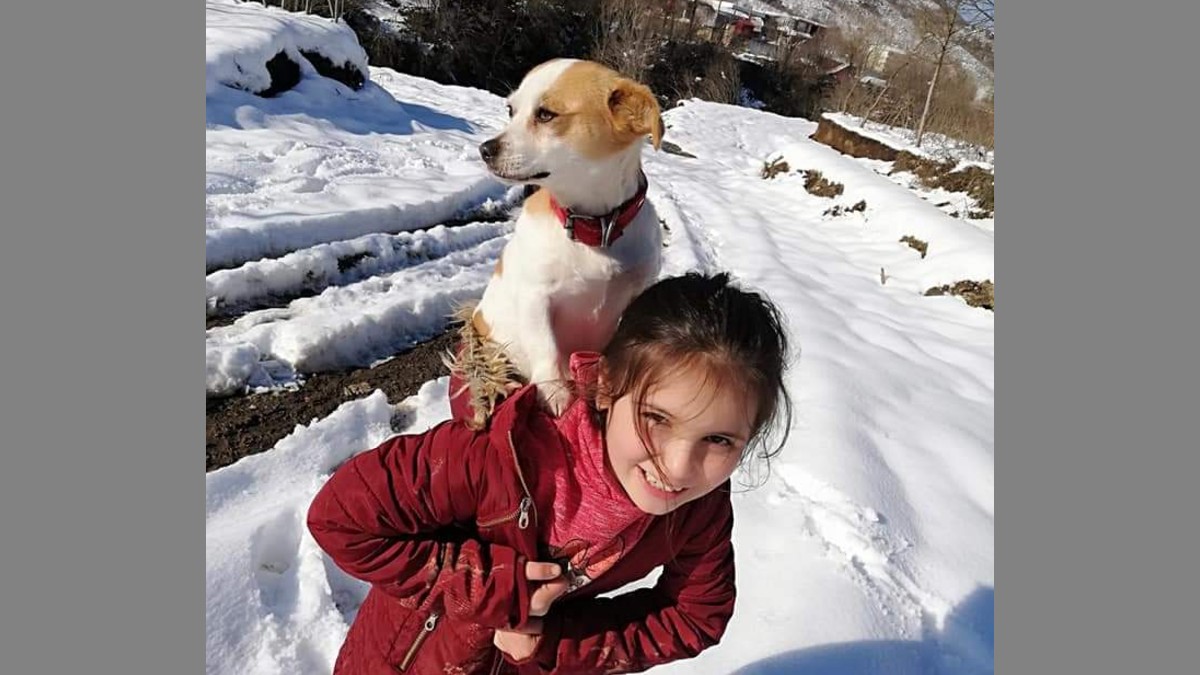 It’s always inspiring to see the lengths people will go to help their dogs. Our pets are always loyal to us, so it’s only natural that we should repay them by getting them all the care they need.

It’s even more inspiring when it’s a child helping their dog. That was the case for one little girl, who showed an inspiring amount kindness and quick thinking when her dog was sick.

A veterinarian named Ogün Öztürk was in a village in Turkey checking in on a cow, according to The Dodo. But the visit took an unexpected turn when he was handed an unscheduled patient.

Just as he was leaving, he saw a young girl rushing towards him, trotting through the snow — carrying a sick dog on her back.

It turned out word had got around that a vet was in the village — and 8-year-old Cemre Su Türköz took the opportunity to get her dog Pamuk some medical expertise.

“When I first saw them, I was very surprised and touched,” Ogün told The Dodo. “She’d wrapped her dog up and brought him to me on her back.”

Moved by her actions, the vet decided to look at the dog. Thankfully, it turned out to be just an easily-treatable skin infection. He gave Pamuk some parasite medications, and the dog is reportedly back to his old self.

And even more inspiring, Ogün did it all free-of-charge. It seems he was simply moved by Cemre’s efforts to help her pet.

“It made me very happy that an 8-year-old girl behaved in this way with such a loving heart,” Ogün said.

“The fact that a person at such a young age exhibits this behavior gives hope to humanity. With all that’s going on in the world, there’s still hope. Cemre showed us that the only truth in the world is love.”

How heartwarming — a vet and a girl both being completely selfless, putting a dog’s health first.