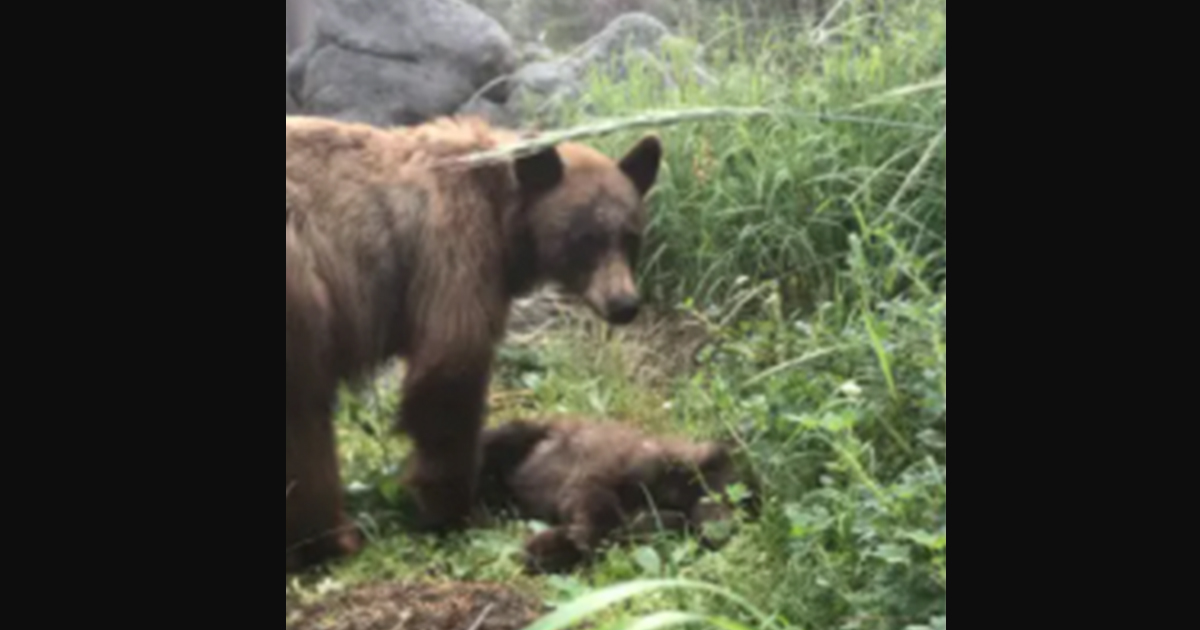 A Yosemite National Park ranger has shared a heartbreaking story of a mama bear grieving by her cub who was hit and killed by a vehicle in a bid to stop people speeding through the historic site.

The park ranger described the heartbreaking moment that the desperate mother spent hours by her cub’s side, calling for her, in the hope of waking her.

Describing the sad call out which he received around five hours after the collision, he said call outs to bears killed by vehicles in the park had “sadly become routine.”

Vehicle-bear collisions have been identified as one of the leading causes of death for black bears in Yosemite.

“My job here is easy, really: find the bear, move its body far away from the road to prevent any other animals from getting hit while scavenging on it, fill out a report, and collect samples and measurements for research,” the ranger said in a Facebook post on Saturday.

“Then I’m off on my way again with another number to add to the total of bears hit by vehicles this year—data we hope will help prevent future collisions. Pretty callous,” the ranger wrote, adding, “However, the reality behind each of these numbers is not.”

When he arrived at the scene he worked to move the bear cub out of the road to a quieter resting place in the forest.

He described what he saw writing: “A cub. Its tiny light brown body laying just feet from me and the road, nearly invisible to every passerby. It’s a new cub – couldn’t be much more than six months old, now balled up and lifeless under a small pine tree.”

As he sat near the bear cub’s body to start his work logging the incident, he was aware of something behind him and turned around to find a bear, her brown eyes staring back at him.

“Surprised, I stand up quickly and the bear runs off into the brush but stops not far off and looks back at me. Acting on instinct, I pick up a stick and smash it over a tree to scare the bear further away. I stand there quietly, listening as I hear the bear’s footsteps tapper away,” he writes.

As he continues his work, he’s aware that the bear remains behind him but realizes what she’s doing when she starts to make a familiar cry.

“From behind me there’s a deep toned but soft sounding grunt. I immediately know what it is. It’s a vocalization, the kind sows (female bears) make to call to their cubs,” the ranger said.

“This bear is the mom, and she never left her cub,” the ranger continued.

“My heart sinks. It’s been nearly six hours and she still hasn’t given up on her cub. I can just imagine how many times she darted back and forth on that road in attempts to wake it.”

The ranger said the mother’s calls to her cub continue, “sounding more pained each time.”

He added: “Now here I am, standing between a grieving mother and her child. I feel like a monster.”

The park ranger decided to leave but before doing so he took an image of the grim scene in the hope of educating visitors to the park.

“Every year we report the number of bears that get hit by vehicles, but numbers don’t always paint a picture,” he said. “I want people to see what I saw: the sad reality behind each of these numbers.

“So please, remember this,” he pleaded, “we are all just visitors in the home of countless animals and it is up to us to follow the rules that protect them. Go the speed limit, drive alertly, and look out for wildlife. Protecting Yosemite’s black bears is something we can all do.”

Such a heartbreaking moment which serves as an important reminder to us all to respect our wildlife.