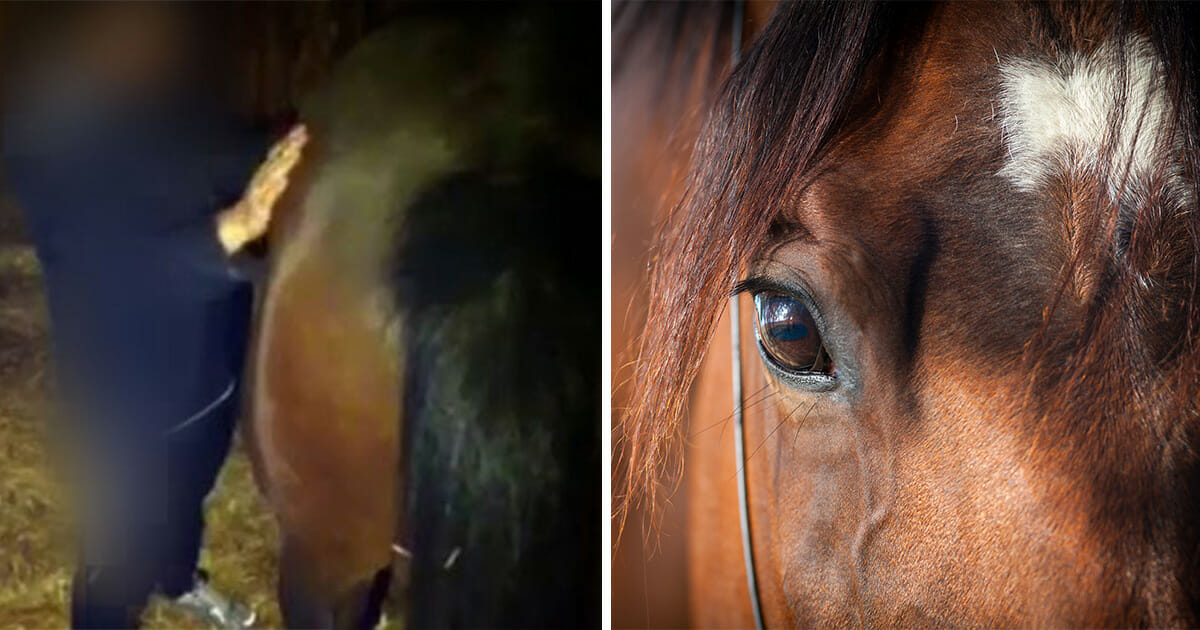 Abuse of animals is something that we, as the general public, should never tolerate. It’s bad enough when people neglect or ignore animals, but when they proactively seek to hurt and distress them for their own twisted pleasure? That’s something I can’t abide.

On Tuesday, a surveillance camera was able to capture a video showing a man sexually assaulting a horse in a stable in Uppsala, Sweden.

The horse’s owner desperately appealed for public help in identifying the man and, thanks to several tip-offs given to the police, an arrest has now been made.

Lisa Sannervik, Press Officer for Uppsala Police, told a local newspaper: “We have been working intensively during the days and identified a person who has now been arrested, and suspected of animal abuse.”

On the film – fortunately caught by a CCTV camera the stables’ owner had installed – everything can be seen clearly. A man enters the stall and begins to abuse the horse sexually.

Despite the harrowing footage, the video quickly went viral on the internet in an attempt to help police catch the person responsible.

Thanks to the huge response, police were able to identify a man and bring him in for questioning.

The authorities working the case believe the suspect is the perpetrator they’re looking for.

Sannervik said: “An investigation is being conducted, led by a prosecutor, to strengthen the case against this person.”

Please share to remind everyone to maintain vigilance if they have animals that live outdoors.

Such a thing should not be allowed to continue!