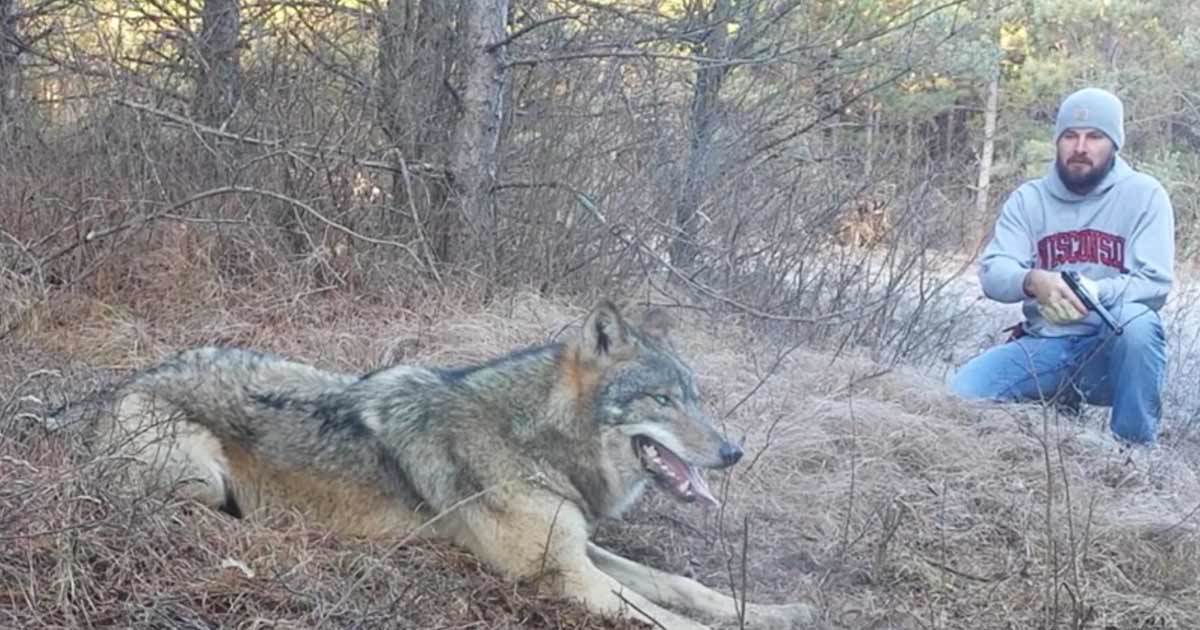 In some places in the United States, it’s not uncommon for people to trap coyotes — not only because the species is overpopulated, but also because coyotes are known to prey on cattle and pets.

However you feel about trapping coyotes, we can all agree that when other animals get caught in coyote traps, it’s tragic. But fortunately, not all traps are deadly and some trappers do everything they can to make sure that other animals aren’t hurt in their traps.

In the video below, a guy in Wisconsin returned to his coyote trap only to find that he had caught something — just not a coyote.

Somehow, a timber wolf had gotten itself stuck in the man’s trap. The trap was clasped around the animal’s paw, making it impossible to get away. But luckily, the trap was designed not to hurt the wolf.

The man immediately realized he needed to do something to help the wild animal, despite the fact that it would be dangerous.

Using plywood plank with a paw hole to protect himself, the guy was able to open the trap in just a few seconds — and the wolf was able to run to safety in the forest.

Luckily for the wolf, the man arrived quickly. And it’s wonderful that he did the right thing and saved the beautiful creature. Hopefully, this wolf won’t get caught in a trap again and can live the rest of its life without worrying about humans and their traps.

Watch this clip to see the man save the wolf from the trap and release him into the forest:

Isn’t it heartwarming to see the wolf run back to freedom? Please share this video if you also think that all animals deserve to live in freedom!