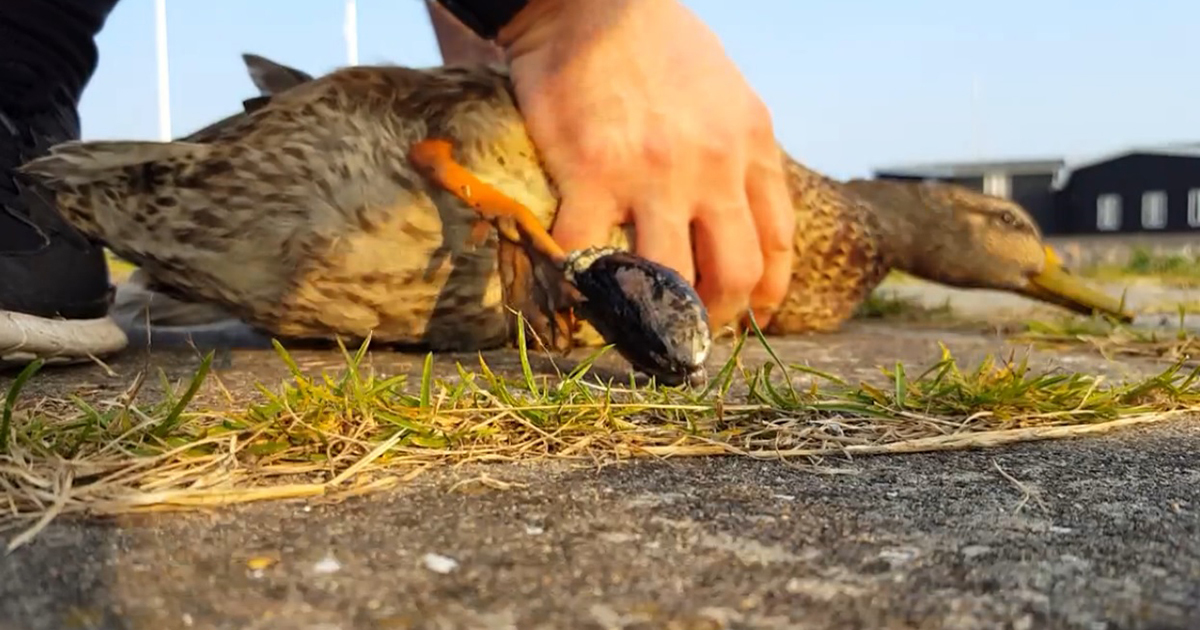 A duck was seen struggling after a clam clamped down on its foot – leaving it in pain and unable to move properly.

The bird was visibly in shock, and might well have come to an untimely end if the clam had stayed attached to its leg.

But that was until two men stepped in and were forced to make a choice between the duck and the sea creature.

They made their choice quickly – one of them held the duck, reassuring it, while the other got a knife out and set about removing the clam.

After some manoeuvring, he managed to get the duck’s leg loose – but in the process he killed the clam.

Even though it may seem harsh, the sad truth is that the clam would likely have also died if it had remained clamped on the duck’s foot – whether that be from the duck trying to break it loose, or simply from dehydration.

We think it shows that there are tough choices out there in the animal world – and these men were forced to make one, but, ultimately, they got it right.

Watch the full video below to make up your mind:

What do you think about these mens’ rescue efforts? Did they do the right thing? Share your ideas in the comments box.