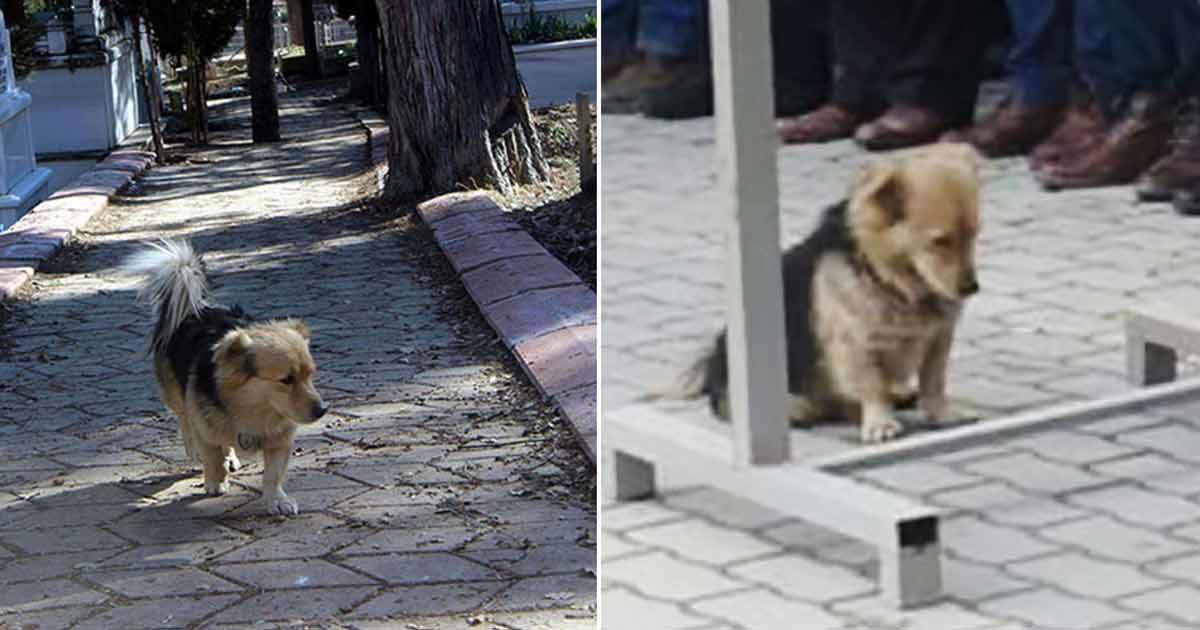 Dog Cesur and his owner Mehmet Ilhan were inseparable best friends. Cesur was always by Mehmet’s side, and vice versa. So when Mehmet had to be taken to the hospital, it was clear that Cesur was deeply affected.

“Because of my father’s paralysis, they had a different kind of connection,” Mehmet’s son, Ali, told The Dodo. “When my father was in the hospital during his last days, Cesur stopped eating.”

Unfortunately, Mehmet passed away. Ali immediately took his beloved dog under his wings. One day, Ali noticed that the four-legged friend started taking long walks. He would sneak out for hours before returning home. Ali was confused and curious about his dog’s behavior, so he decided to follow him one day.

When he discovered what Cesur did when he left, tears immediately began to pour down his cheeks. It was then that Ali realized just how much Cesur truly loved his previous owner.

When Mehmet body was to be taken to the gravesite, Cesur refused to leave his side, standing by him faithfully.

He then led the procession to the gravesite where Mehmet’s tombstone to be put down to rest.

Ali later took Cesur home. Then, for the following days, Ali noticed that Cesur darted out every morning when he went on his way to work.

Ali finally decided to follow Cesur one day. He was, of course, very curious about where he was going every single day.

Ali was stunned when he saw where Cesur led him: to his father’s grave.

Cesur sat down by his grave for a little while. The graveyard’s caretaker told Ali that he saw the dog do this every morning. Ali was extremely moved, and tears began to run down his cheeks.

From that moment forward, he began taking daily walks with Cesur to keep his father company alongside his beloved — and most certainly devoted — companion.

“Cesur has always been a noble animal,” said Ali. “He will live with me from now on.”

Rest in peace, Mehmet! I’m glad to see that both Ali and Cesur are honoring his memory and visiting him every day.

Cesur is such a smart and lovely dog! Please share this moving story if you agree!