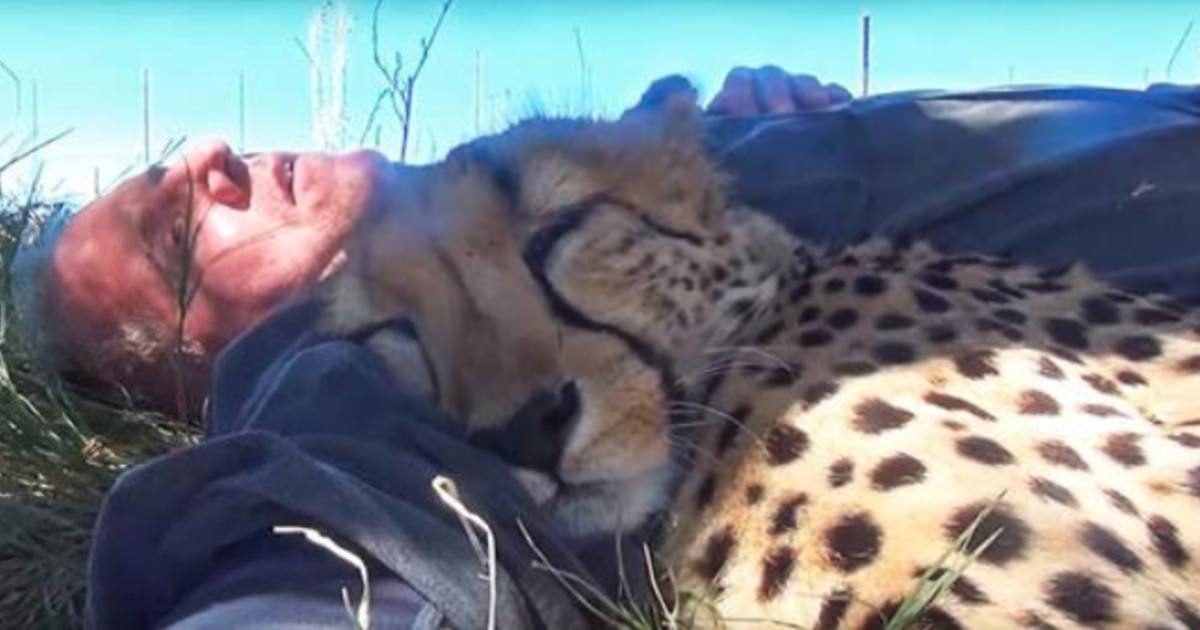 There are always risks associated with working closely with wildlife.

As a volunteer, Dolph Volker works to save cheetahs in South Africa — but one day, he experienced what he never thought he would.

Dolph Volker works with the non-profit organization Cheetah Experience, which aims to preserve the wild cheetahs that remain in South Africa.

Cheetahs are usually extremely shy animals and keep away from people. Cheetah Experience workers have on a number of occasions retained cheetahs that had, for example, become ill or injured, before releasing them back into the wild.

One day Dolph Volker laid down on the lawn to rest.

That’s when something very unusual happened. One of the cheetahs from the reserve named Eden approached him as he lay in the grass… then simply laid down next to him and began to cuddle.

At first, Dolph was a little scared, but his fear quickly disappeared when it was clear that the 3-year-old cheetah did not mean him any harm. Dolph had only met Eden a handful of times!

“There is no one she won’t like,” he writes. “The more you encounter her, the more relaxed she gets and the more she trusts you. She eventually learned my tolerance levels to her licking, grooming, biting and nibbling and adjusted her licks and bite pressure so I would allow her to do it.”

Check out this video of their wonderful relationship below.

Cheetahs are unfortunately a threatened species, due to illegal hunting and other impacts caused by mankind. Please share this wonderful encounter which shows what a tragedy it would be if cheetahs should become extinct.