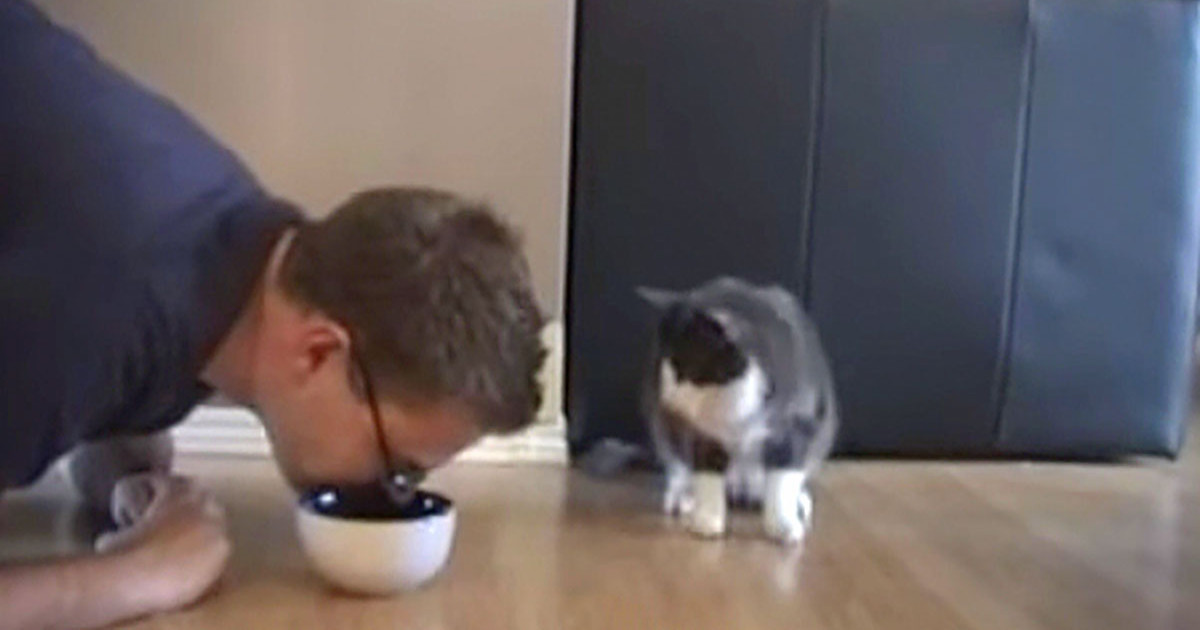 Is your cat a fun-loving little goofball or an independent loner who can’t be bothered to interact with others outside of mealtimes?

Perhaps this was what this cat owner wanted to find out when he did a little experiment with his cat.

Could his cat even imagine sharing his food with him?

Instead of placing the cat’s food bowl directly in front of his four-legged friend, the man pulled the bowl toward himself and bent down to “eat” it.

Cats have a reputation for being aloof, and sometimes, they just seem to put up with humans so they can get some food and fill their stomachs.

But according to Time Magazine, a new study from Oregon State University has shown that cats actually prefer social interaction with humans to food.

That means that humans should be able to have the same kind of loving, close relationships with cats that they have with dogs — if anybody still doubted this.

And I’m sure the guy and his cat in the video below love each other, but it’s just that food seems to be a sensitive question…

Check out this cat’s wonderful response when his human tries to “steal” his food. 🙂