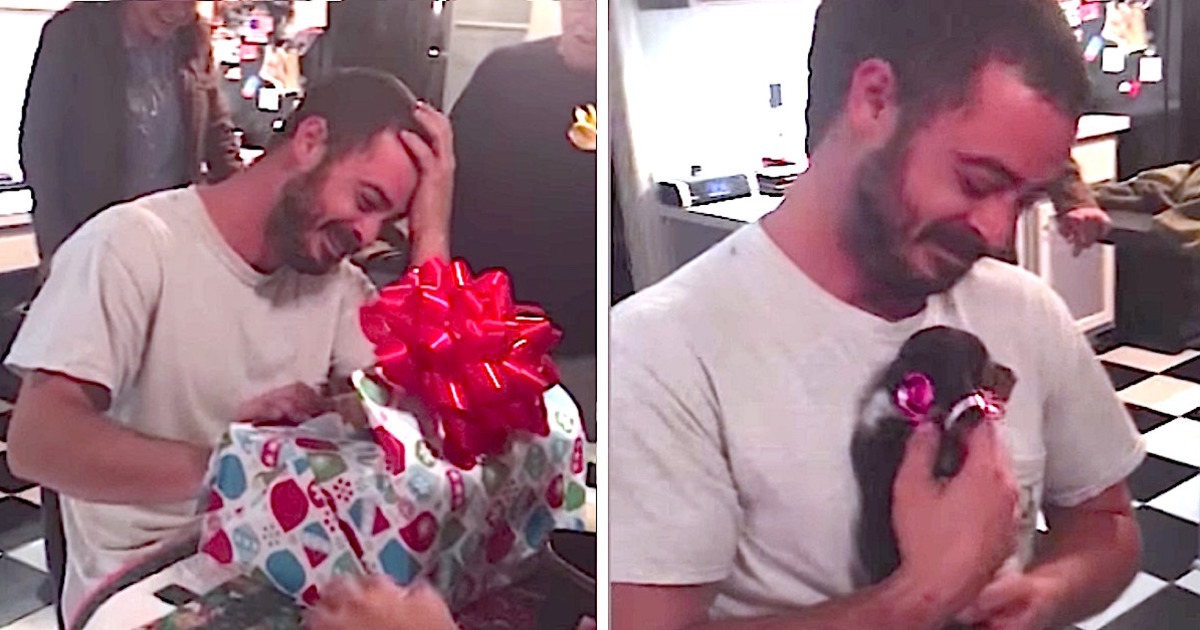 Three years ago, Peter Coukoulis returned home to Florida after finishing several years of service in the Marine Corps.

Like many returning soldiers, Peter had trouble adjusting to civilian life and suffered from post-traumatic stress disorder (PTSD).

The 26-year-old isolated himself from his family, was paranoid, had trouble sleeping, and had unwarranted outbursts.

Peter’s mother, Dena, watched in horror as her son struggled to process the misery and trauma of war. But at the same time, she also came up with a brilliant plan.

A few weeks before Christmas, the family gathered around the kitchen table and handed Peter a large box wrapped with a big red bow.

And the second that Peter opened the package and saw the puppy’s eyes, he broke down. In that moment, he knew that his life was about to change for the better.

“The puppy has already changed Peter’s life; it has made him happy after a very difficult three years,” Dena told Caters News Agency.

Isn’t it wonderful that a pet can give us humans so much joy?

I’m sure that Peter and his new puppy and will form a strong bond, and hopefully the friendship will help this veteran get his life back.