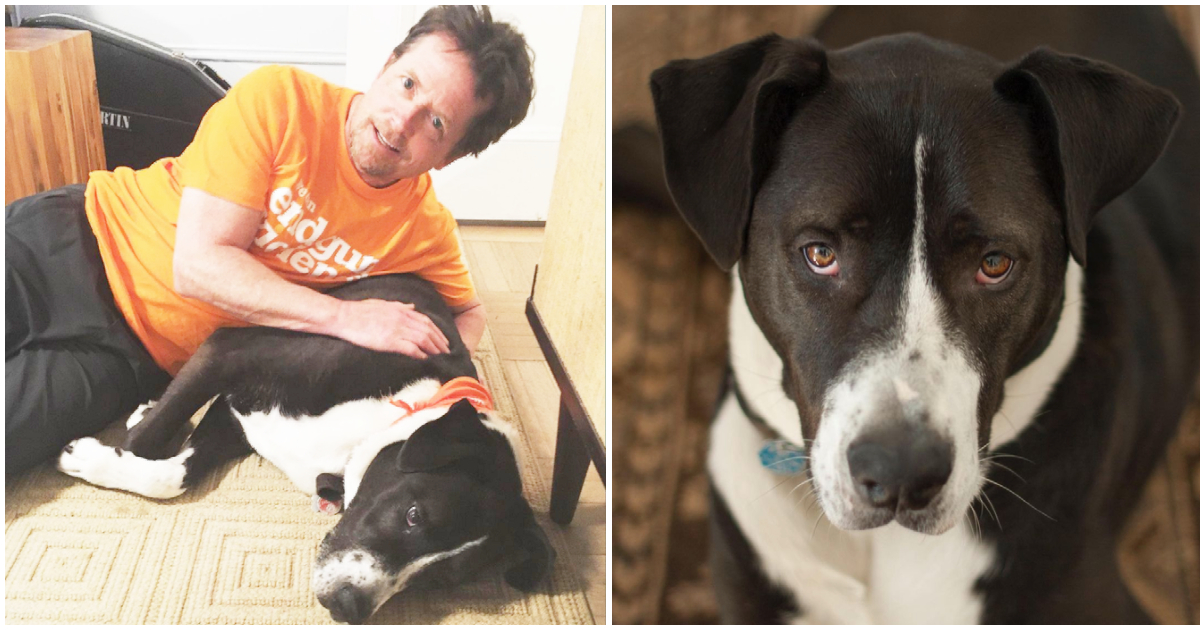 No matter who you are, there’s nothing worse than experiencing the loss of a beloved pet. Even the biggest celebrities still grieve for their dogs and cats.

Now, one beloved actor is paying tribute to his longtime companion after he passed away, honoring him for years of loyal support.

Michael J. Fox, the 59-year-old star of the Back to the Future franchise, announced on Instagram yesterday that Gus, his Great Dane-Labrador mix, had died at the age of 12.

The actor called him a “great dog and loyal friend.”

Fox was diagnosed with Parkinson’s disease in the 1990s, which eventually forced him to slow down his acting career, focusing on becoming an advocate for the disease and starting the Michael J. Fox Foundation to fund research; he officially retired from acting in 2020 citing his declining health.

Throughout his health battle, Gus had been a source of love and support.

“Your instinct when you have a chronic illness is to sometimes isolate and make your world as small as possible so you don’t have much to deal with, but a dog will open you up,” he told CBS News last year as part of their special The Pet Project.

He said his dog was especially crucial to him in 2018, when he underwent a surgery to have a tumor removed from his spine.

In his recent memoir No Time Like the Future: An Optimist Considers Mortality, Fox spoke highly of Gus, calling him a “wonder dog.”

“I didn’t rescue Gus,” Fox wrote. “You can argue that he rescued me, but he’d be too modest to make that claim.”

Several other actors, including Julianne Moore, Jennifer Grey and Andie Macdowell, commented on Fox’s Instagram post, expressing their sympathies: “What a beautiful dog,” Macdowell wrote. “So sorry for your loss.”

Gus was 12-years-old, which is beyond the life expectancy of a Great Dane, so at least Gus had a good long life. Still, our hearts are with Michael J. Fox as he mourns a dog who meant so much.

Rest in peace, Gus. Thank you for being such a great companion for Michael J. Fox all these years.

Share this story to pay your respects to this late great dog.