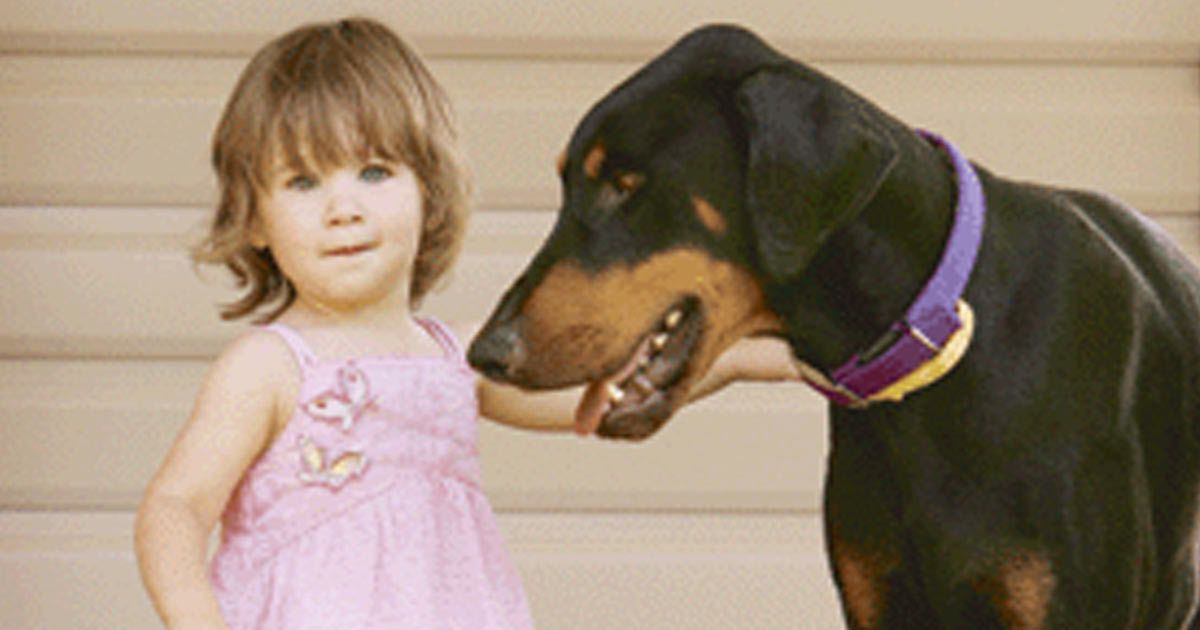 Catherine Svilicic and her family adopted a Doberman that had been abandoned by his previous owners. She knew she should be careful indroducing a new animal to her children, but the dog was so kind to her 17-month-old daughter that she let them play together in the garden while she watched.

The dog, named Khan, had been with his new family for four days and seemed to fit in perfectly. That is until the unthinkable happened.

Catherine had sent the Doberman to the garden to play with her daughter Charlotte. But Khan suddenly became aggressive and pushed the little girl around the lawn. Catherine was horrified and had no time to react. Then, Khan lifted little Charlotte by her diaper and tossed her across the yard.

Stunned, Catherine ran to her daughter. And it was then she why Khan had acted so agressively…

Catherine saw a poisonous snake in the grass and realized that Khan had gotten Charlotte out of harm’s way the only way he could. The little girl escaped, but the Doberman was bitten trying to save her life.

Fortunately, Catherine had time to get Khan to the veterinarian before it was too late. Khan received an anti-venom injection and healed.

If it weren’t for Khan’s rapid response, Charlotte probably would’ve been bitten by the snake instead. And although Khan had only been with his new family for four days, he was prepared to protect little Charlotte. And now Catherine and her family are thanking him by giving him the best possible foever home he could know.

Please share this story of Khan’s bravery with all of the animal lovers in your life!