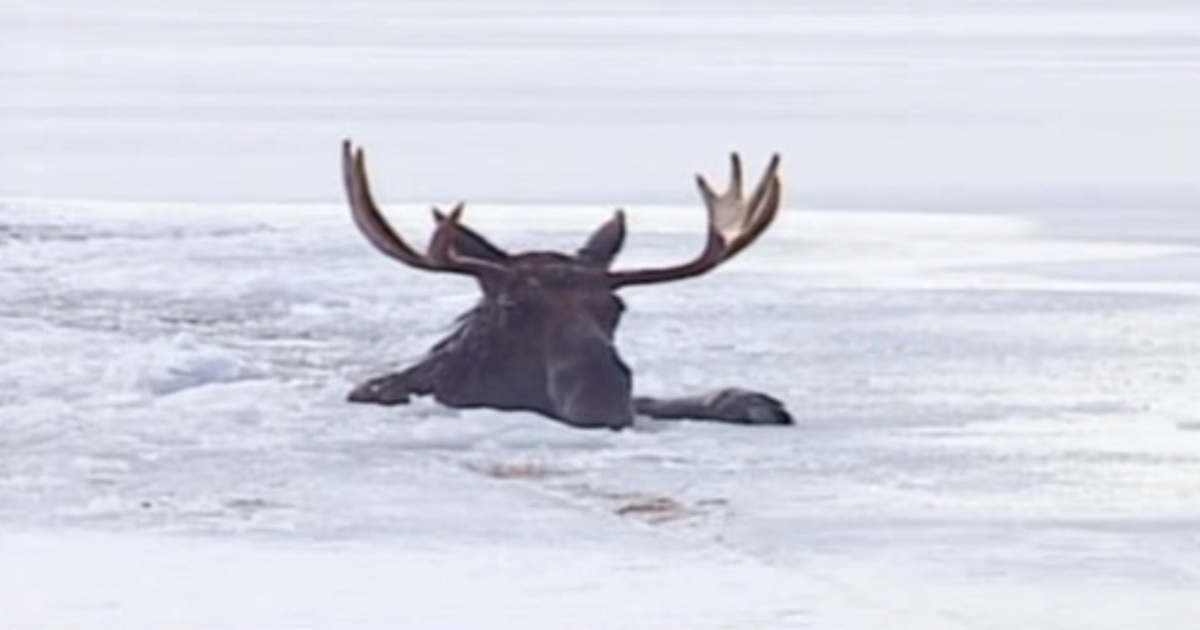 The typical animal rescue call usually starts with a call about an injured cat or dog and ends with the happy reunion of pet owner and pet. But what happens when animal rescuers get dispatched to save an animal weighing more than five or six adults? That’s the situation that fish and wildlife workers in Spokane, Washington found themselves in, after they received a call that a moose had fallen through the ice at Loon Lake. The unprecedented rescue presented a special challenge to the team because if the ice was thin enough for the moose to fall through, it might not be able to hold the animal up again once rescuers brought it to safety.

After some deliberation, the fish and wildlife team settled on a plan. For two hours, they used every tool available, including chainsaws, sledgehammers, and oars, to get the job done. The important thing was to make sure they didn’t break the ice so that the moose would be able to walk away once they brought it to safety.

“We wanted to make sure that it was done safely, and that we didn’t end up with a cold water rescue out here,” said Jason Gallagher of the fish and wildlife team.

After many attempts, the moose seemed to have had enough. With a little bit of encouragement, the moose lifted itself out of the water and got back on its feet.

If you were inspired by the amazing feat performed by these fish and wildlife workers, share this story with others who appreciate wildlife and nature.