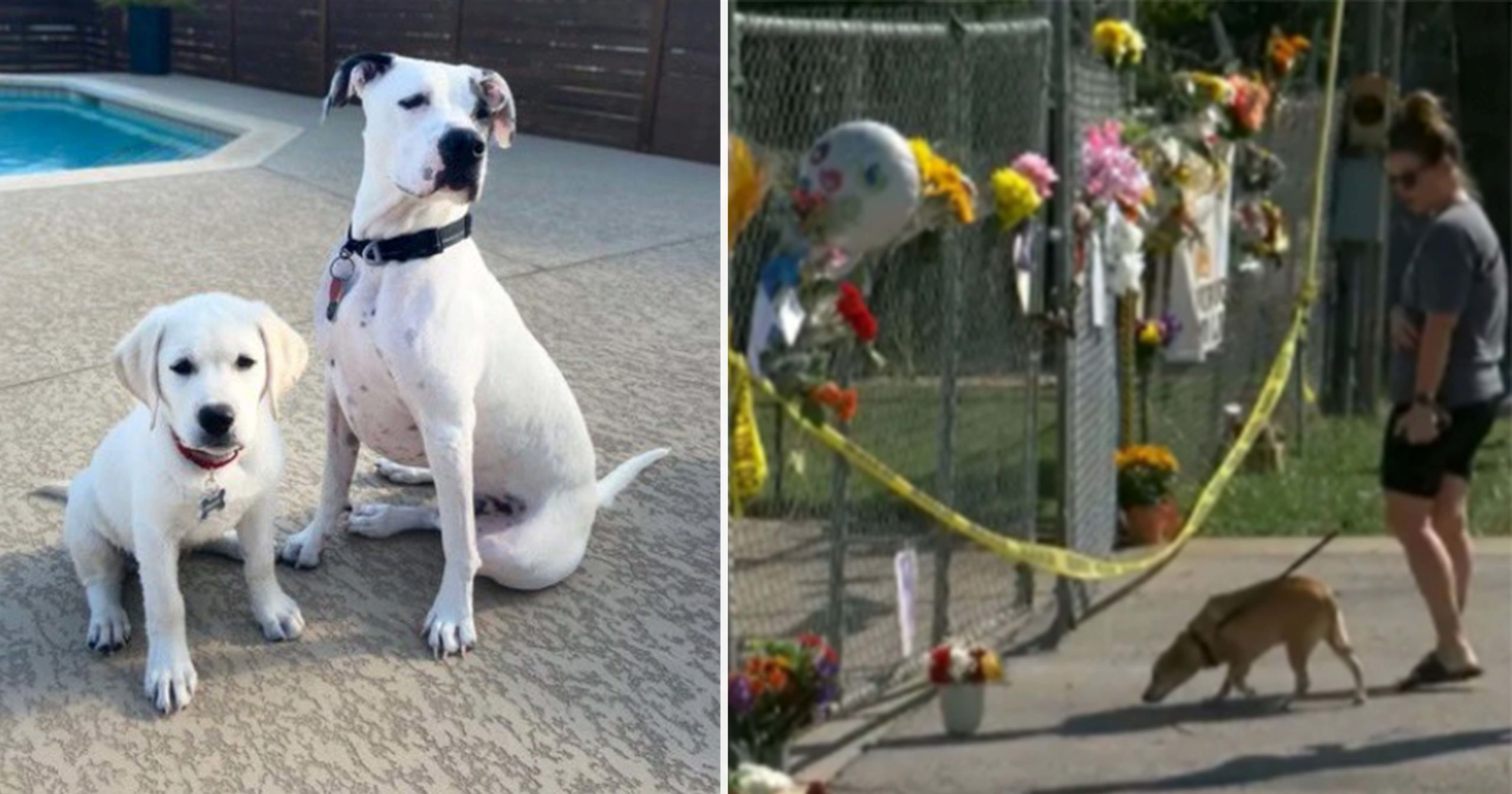 Almost 60 families have lost their dogs after a devastating fire swept through a pet resort in Texas.

Around 20 firefighters arrived just after 11 p.m. at the Georgetown facility to find heavy smoke and fire coming from the building. At least 75 dogs were killed in the fire.

Sadly the animals couldn’t be saved and it’s thought 59 families have lost their pets in the tragedy.

“We know each dog that died in this fire was a cherished member of someone’s family, so our heart goes out to all those who were affected by this tragic fire,” Georgetown Fire Chief John Sullivan said.

“I’ve been doing this for 29 years and this is the first incident that I’ve had where we’ve lost so many pets. And again, I hate to use that term, because to me a pet is a lot more than a pet. It is the closest friend.

“We believe the dogs at the facility likely died due to smoke inhalation, not the flames from the fire. We are working as quickly as we can to conclude the investigation, so pets can be returned to their grieving family members as soon as possible.”

Investigators are working to determine the cause of the fire, as well as whether there were any fire suppression or smoke alarms in the building.

A memorial has been set up outside the facility’s fence where pet owners have placed photos of dogs, flowers, notes and even toys.

Fire Chief Sullivan said there were no staff present overnight in the building but added this doesn’t mean the incident was any less tragic.

“It is extremely heart-wrenching for us as first responders. My heart just dropped when I got the address and knew exactly what location we were going to.”

According to Ponderosa’s website staff are not present at the facility overnight because: “We believe that pets sleep better at night when everything is dark, peaceful and quiet. We do however, have security systems and closed circuit video monitoring systems in place as added security.”

Don Richard and his wife Pam lost their puppies Bunny and Clyde in the fire.

“Yeah, we never thought this would happen,” Don told KXAN. “They were buddies, they would play and run.

“There’s no reason this place shouldn’t have had someone here all the time,” he added.

His wife Pam said: “Hopefully they were already asleep so they didn’t panic.”

My heart goes out to all the pet owners who lost their animals in this devastating fire.

I hope the cause is determined quickly and measures are taken place so nothing like this can happen again. Please share.