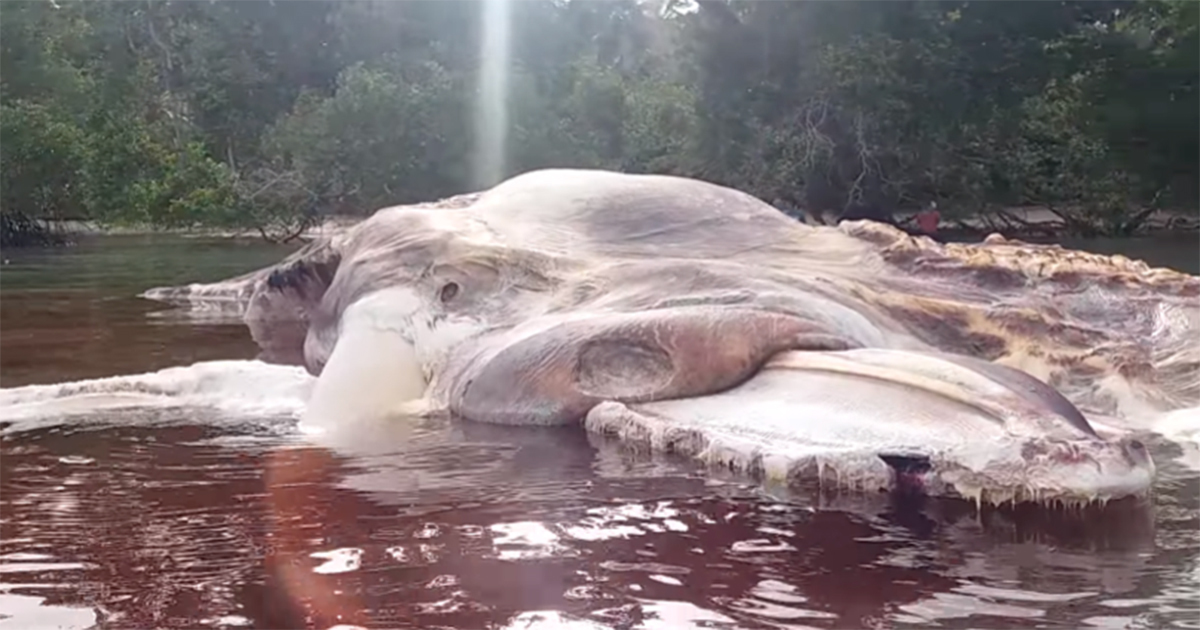 The clip first appeared on social media in the middle of last week and immediately took over the internet.

A 50-ft (15-m) unidentifiable creature washed up onshore in Indonesia and was captured on film by local residents in Maluku province.

Imaginations ran wild, and the fishermen who took a close look thought it was a giant squid. But that theory was quickly shot down because female squids don’t usually grow bigger than 43 feet (13 m). In addition, squids are invertebrates, while the body of this mysterious creature has a skeleton, writes LADBible.

On the internet, rumors spread and people believed that an actual deep sea creature had washed ashore.

Mysterious sea monsters have long appeared in stories. However, their existence has never been confirmed. So the question is: have the Indonesian people finally been able to confirm their existence?!

After investigating the matter, a coordinator from the Indonesia’s Marine and Coastal Resources Management said that the creature was likely a whale.

Now, however, it seems that the mystery has been solved. The Huffington Post has talked to three different marine experts, and everyone thinks it’s a baleen whale.

Watch the video that amazed the entire world: