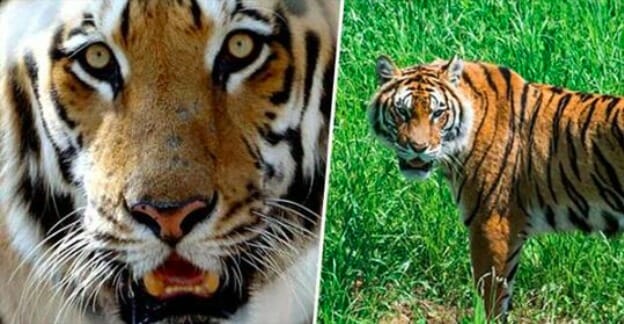 This is proof that even the smallest efforts can go a long way. And so do consistent ones.

Wildlife groups and animal friends have long battled with keeping many of our precious earth co-habitants alive and well, with so many of their futures in danger.

Tigers are a prime example.

Tearing down natural habitats, illegal wildlife trade, and poaching are just a few of the factors that contribute to the extinction of these beautiful creatures.

Tigers skin, bones and even claws are sold on the black market, mostly in Asia, where they are thought to have medicinal properties and/or are seen as signs of wealth.

These disgusting practices need to end, and, in Nepal at least, amazing news has now been announced.

Nepal’s tiger population has doubled over the last 9 years, with an estimated 235 wild tigers now roaming free as compared to just 121 back in 2009.

“This is a result of concentrated unified efforts by the government along with the local community and other stakeholders to protect the tiger’s habitat and fight against poaching,” Man Bahadur Khadka, director general of Nepal’s Department of National Parks and Wildlife Conservation, told AFP.

Wild tiger populations have been dropping steadily since the beginning since early in the 20th century — by more than 95 per cent — according to the WWF.

In 2010, several wildlife conservation groups and governments including Nepal set the ambitious goal of doubling their tiger populations by 2022 to remedy this problem.

Within this, Nepal and 12 other countries signed a pledge to double their tiger numbers by 2022. Nepal has taken a clear lead with this incredible achievement, four years ahead of schedule.

Even celebrities have gathered around the efforts, notably Leonardo DiCaprio who is already well known for his work with nature and wildlife conservation.

I am proud of @dicapriofdn’s partnership with @World_Wildlife to support Nepal and local communities in doubling the population of wild tigers. https://t.co/RZzOCue1Dm

Tigers do still face daily problems that threaten their survival, such as loss of habitat, human-wildlife conflict and poaching. All of these must stop in order to continue progress!

Please share this wonderful news with all your family and friends and if you agree our earth is meant for sharing!