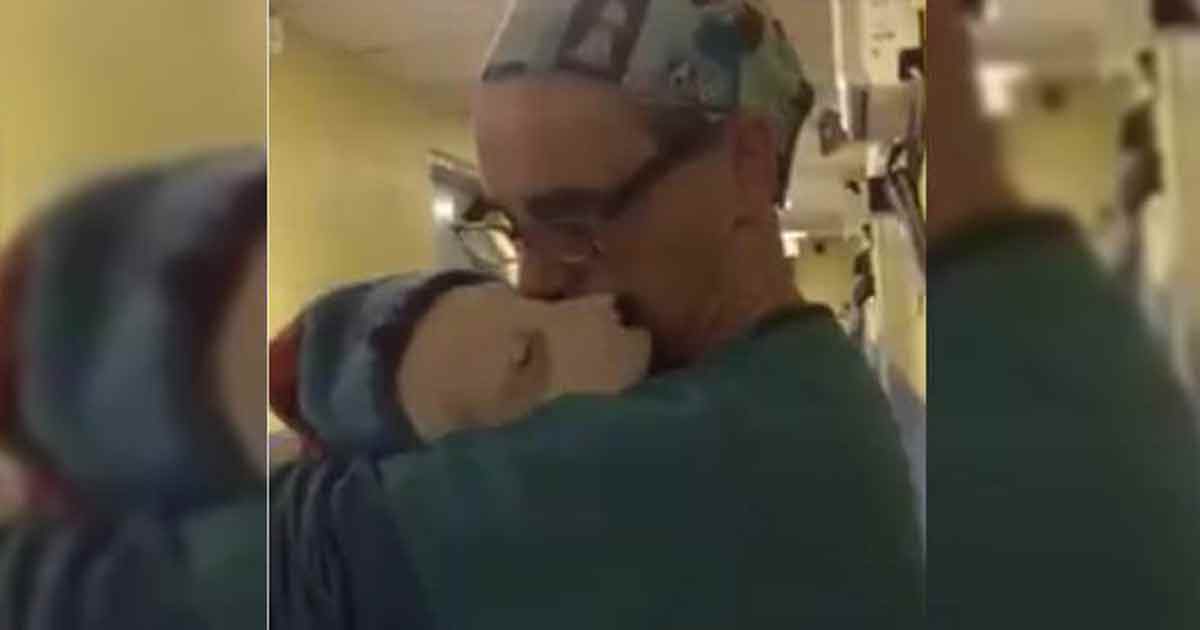 Everyone who’s been in a hospital knows how scary it can be. Strange people poke you with sharp needles and you have to endure strange machines like X-rays. So imagine how unpleasant it is for a little puppy who has no idea why she’s there or why her body feels so strange. Fortunately, veterinarian Dennis Moses understands this.

Last year, BARCS Animal Shelter released a video of Dennis comforting a puppy who had just had just been spayed and her anesthesia was wearing off. The puppy, named Meesha, didn’t really understand what was happening and was nervous.

So Dennis lifted her up and carried her to a quiet corridor. Then, he gently rocked her and comforted with kisses and kind words.

One of Dennis’ colleagues managed to capture the nice moment on video, which you can watch here. Make sure you have the sound on!

Of course, Meesha isn’t the only dog Dennis ​​has comforted. Last week, BARCS Animal Shelter released another video of the good-natured veterinarian. This time, he’s with dog who had just come out of a surgery that saved her life.

In the video, Dennis lies beside the dog, named Sokka, and puts his arm around her as she wakes up.

The videos of Dennis have now touched several million hearts and thousands of people have praised him on Facebook.

I feel so good when I watch these videos! Dennis doesn’t just operate on dogs and make them healthy, he makes sure they feel safe, too. And he knows exactly how to do that.

Please share these wonderful videos if you were as touched as I was.