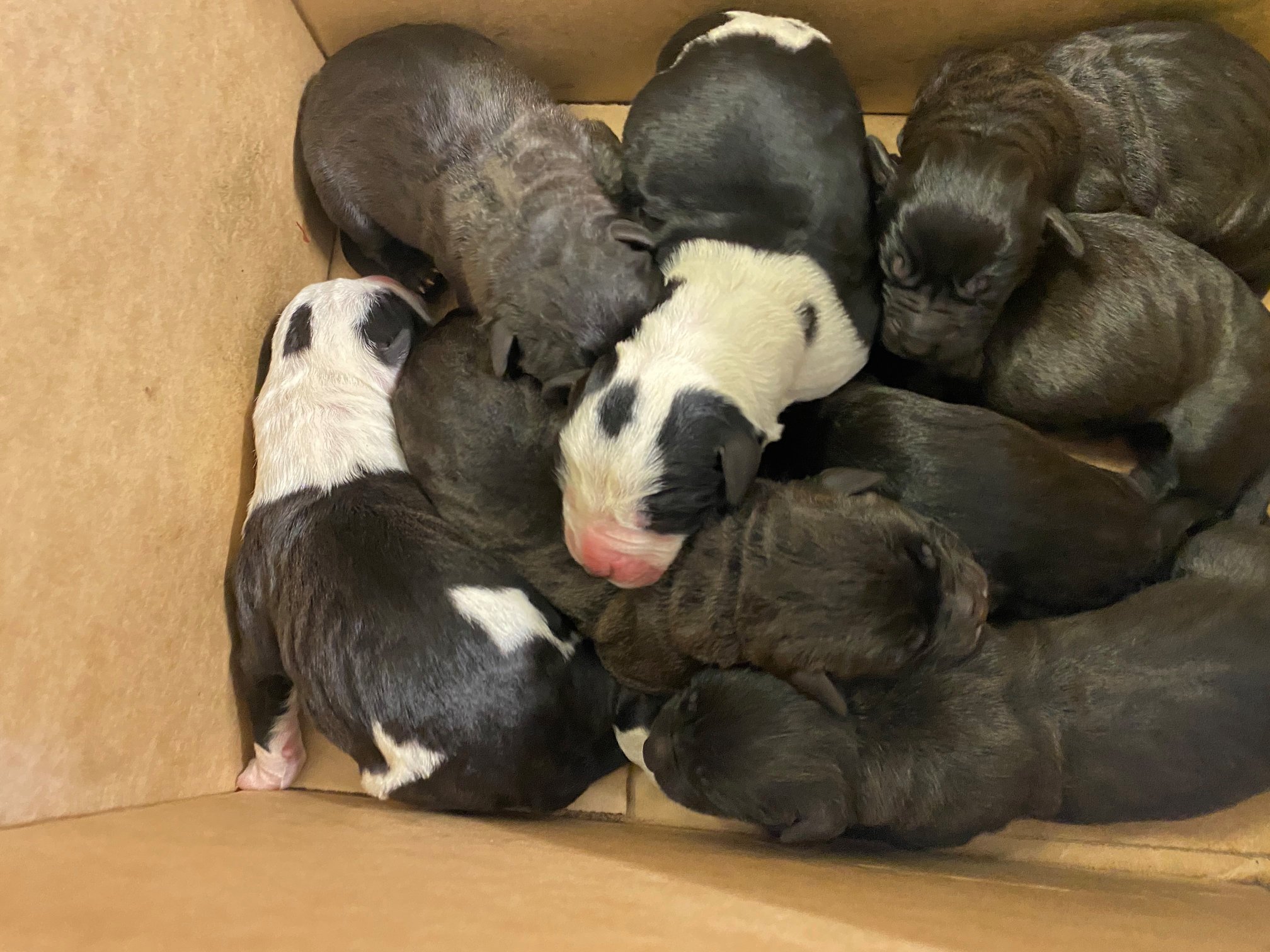 It’s always sad when people abandon their dogs in improper ways. Instead of securing them a good home or surrendering them to a shelter, some people just ditch their animals, not caring what happens to them.

It’s a sadly common sight to find puppies left for dead — you can only hope someone finds them in time and gives them the help they need.

Recently, someone found a cardboard box dumped on Whanganui beach, in New Zealand, and a noise told him there was someone inside.

“He could hear a squeaking and followed the noise to a box – quite a distinctive medical fluids box,” SPCA area manager Danny Auger told the New Zealand Herald.

Inside was nine puppies — tiny, barely a day old, and left to fend for themselves.

The puppies were taken to the SPCA Whanganui Centre, where they received care.

“Our vets have estimated that they were likely born the night before, making them less than 24 hours old when found,” the SPCA wrote on Facebook.

Sadly, one of the puppies — the smallest of the litter — did not survive. But the other pups could’ve easily suffered the same fate.

“The others likely would not have survived if they had not been found when they were,” the SPCA wrote.

But the newborns now had to survive without their mother. With no mom to wean off of, the puppies were fed by bottle by SPCA team members.

However, they soon found a better solution. Another dog at the shelter, named Nanook, had just weaned her own puppies, and they realized she could be a surrogate to the abandoned dogs.

“Nanook was so excited at the sight of them and has accepted them happily and is feeding them incredibly well,” the SPCA wrote. “Their chances are greatly improved under the care of a surrogate.”

Nanook and the puppies are now living in a foster home, where the puppies can grow up in a calm environment.

While everyone glad the puppies were now safe and well-fed, there were still plenty of questions to be answered.

The SPCA wanted to find the person who abandoned the dogs — not just to hold them responsible, but to find the puppies’ mother, who they feared could have health issues like mastitis.

“We are imploring any member of the local community who is able to shed any light on this to contact us as a matter of urgency,” they wrote. “If you recognise the box, saw someone dropping the box in the aforementioned area, or can provide any information that might be helpful, please call us on 06 345 3369 or email [email protected]”

We’re glad these puppies are safe now, but it’s terrible what they had to go through. We hope the person who abandoned them are found and face consequences!

Spread the word about this case by sharing this story!