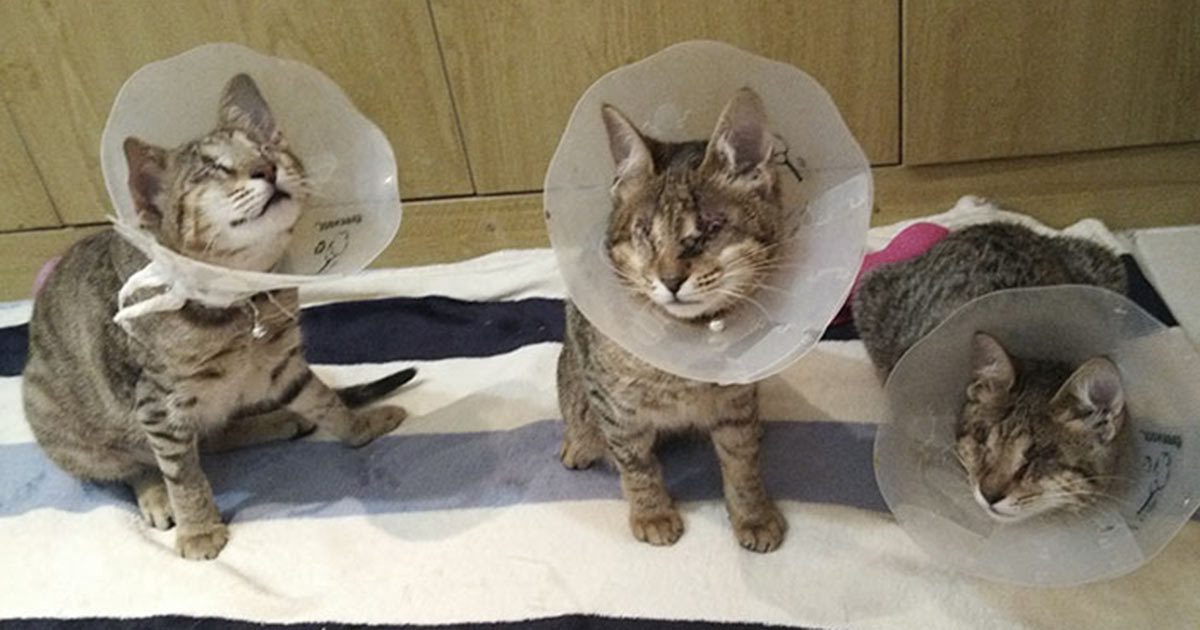 The three cat siblings Blue, Meadow, and Willow got a rough start in life. Their owner didn’t give them enough attention and showed little interest in their well-being. When they were hit with a severe strain of cat flu, he neglected to take them to the vet, and all three were left blind.

One day, the cats’ owner dumped them in an abandoned warehouse, and the future looked uncertain for them. But the three siblings were soon found and brought to a shelter. Then one year later, a woman walked through the shelter’s door and changed the cats’ lives forever.

The story of this cat trio begins just before Christmas 2014 when they were found in an abandoned warehouse in Dubai. They had already lost their sight after they contracted a severe form of cat flu and their owner failed to have it treated.

The cats were rescued from the warehouse and taken to a shelter where they awaited adoption. But getting someone to adopt three blind cats would prove easier said than done.

On one occasion, one of the cats, Blue, was briefly adopted, but the little cat couldn’t bear to live without his sisters. He cried all night in his new home and was soon returned to the shelter.

But finally, the day came that the three cats had waited for. A kindhearted woman named Catherine Magno decided to do what she could to help the vulnerable cats.

“I had zero experience having adopted my first ever rescue kitten just a couple of months prior. But their story touched my heart so much that I couldn’t bear the thought of them put in a cage at vet facility indefinitely or even worse,” Catherine told Bored Panda.

At first, Catherine worried that taking care of three blind cats would take all of her time, but she said her fears were unwarranted.

Were you also inspired by Catherine’s giant heart? Please share this heartwarming story with all the animal lovers in your life!