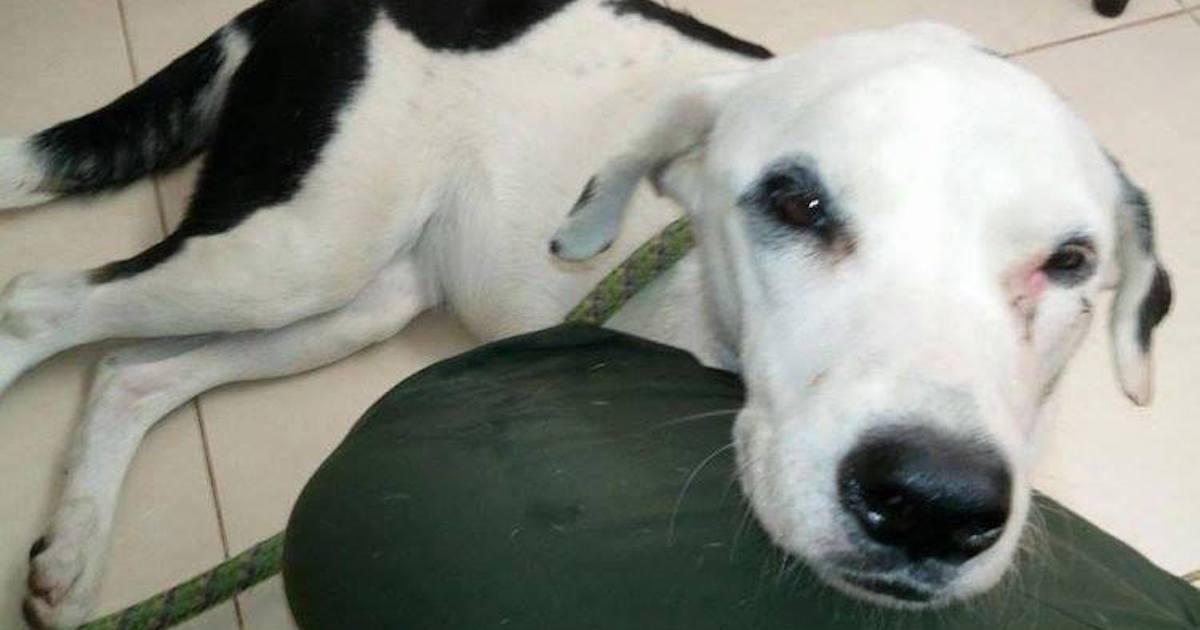 All pets deserve a good home, a loving family, and a shelter to keep them form the elements. While sometimes, families will have to give up their pets, it’s important that they do it in a responsible way: this means taking them to a shelter and making sure that they have everything they need to survive while they look for a new home.

Unfortunately for one precious pup, being unceremoniously dumped meant her demise.

She was reportedly so distraught that she wandered around the large airport for a month, in search of her owners, while refusing to eat or drink

She was growing weaker by the day.

Dog Dies of a Broken HeartEver watched the movie Hachiko? Well his story is rather similar to the events that happened…

Anyone walking by her could tell that she was upset.

According to witnesses, she followed people at the airport before giving up the search and lying listlessly in a corner of the terminal.

Kind people tried to help, but nothing could be done.

Both passengers and workers offered food to the malnourished  dog, who was no more than two years old, food – but she refused to eat.

“It is presumed that she had an owner and a home and that they abandoned her because the dog never left the airport,” Dr Alejandro Sotomonte told Noticias RCN.

That’s when a vet was called in to the airport.

Under a vet’s care, she received she an intravenous drip for fluids and nutrients, but unfortunately, it was too little too late for this pup.

She was so weak and heartbroken after being abandoned that she succumbed and passed away.

A dog who was abandoned by her owner at an airport has died of a “broken heart”.The dog, called “Nube Viajera” or…

As a dog owner, I will never be able to fathom how people can dump and disown their furry friends and then go on living life as usual.

The mere thought of my pup being alone or frightened fills me with a dread I can’t explain. I could never, would never put him in that position willingly.

It makes us incredibly sad that, while she received care at the end of her life, she spend her last moments on Earth in pain and pining for owners who clearly didn’t care about her.

RIP sweet girl. We hope that every pet owner will give their furry friends a big hug today. Animals love us as much as we love them and they are so loyal to us.

We should return that kind of loyalty. Please share if you agree!