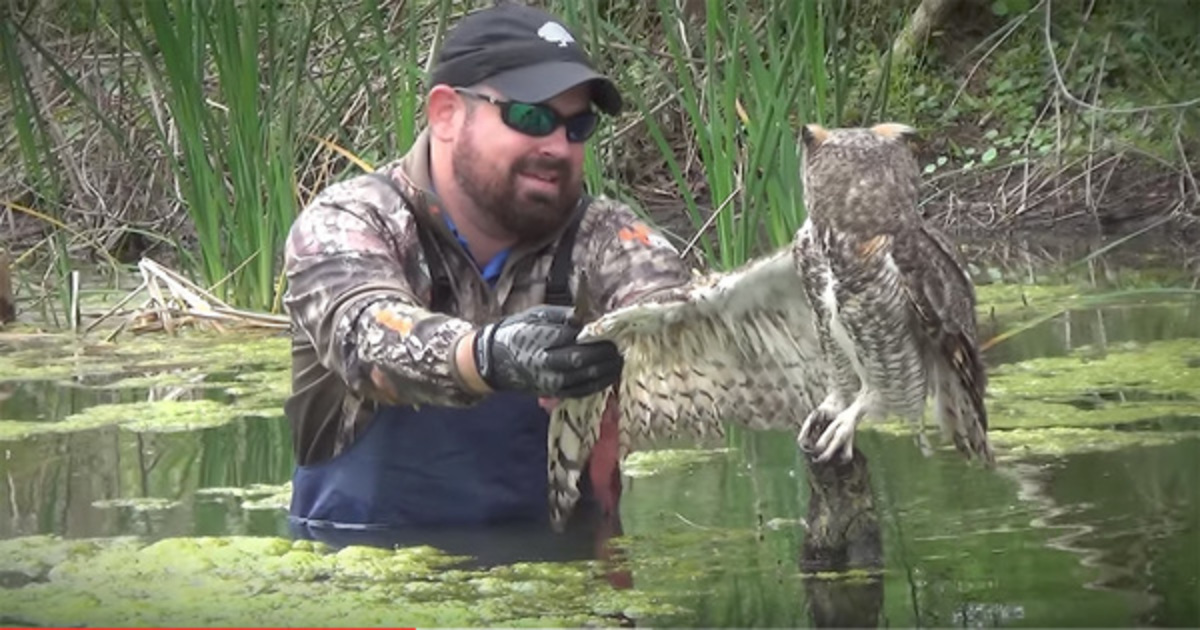 When a wild animal is badly hurt, there are not always people nearby who see it and can help.

But luckily for this owl, golfer Craig was close by when it was in toruble — and the man reacted immediately.

The owl’s reaction, however, was not quite what he had expected.

When golfer Craig was out on a round, he noticed an owl sitting suspiciously standing on a tree trunk emerging from the water. Upon closer inspection, Craig realized that the owl was stuck there — and likely had been for quite some time.

That’s because its wing was wrapped in a fishing line.

Seeing or coming close to an owl is relatively rare — they are shy birds who do not usually get close to people. As Craig approached the bird, he was thus rather nervous, but to his great surprise, the owl remained very calm — as if aware that Craig was there to help.

After cutting the the fishing line, the owl remained, too exhausted to move after trying to break free for so many hours.

“He kept slamming his beak down, trying to say hey, I don’t like this, so I kind of talked to it a little bit,” Craig said.

Once the owl was freed, Craig used a shovel to gently lift it and bring it back to land. A few moments later, the owl flew away to freedom.

Watch the amazing rescue below:

Thank goodness that there are compassionate individuals like Craig who don’t hesitate to interfere when animals are in trouble. Please share if you agree this rescue was amazing!