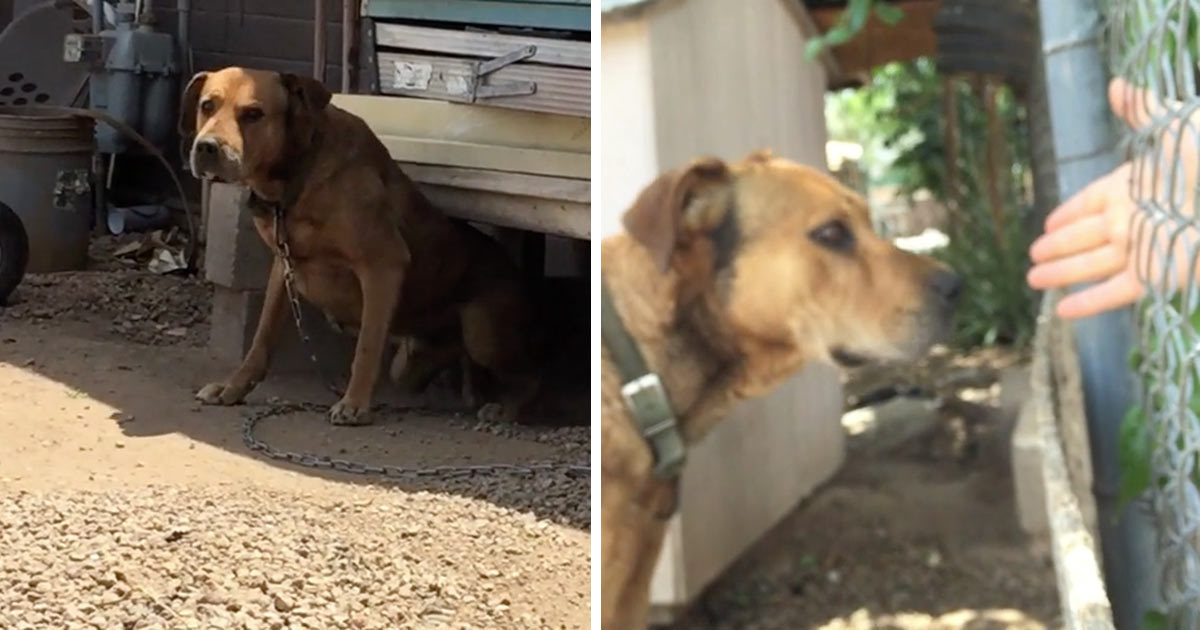 Three years ago, Jared Piper noticed a dog chained up under the scorching sun in someone’s backyard in Phoenix, Arizona. Every day, Jared walked past the place, and every day, the dog was still chained up. The dog often barked at Jared and sometimes Jared was frightened enough to run off.

But Jared always felt that there was more to the dog than met the eye. So one day, he decided to see if the dog was really as mean as he seemed.

Rusty, as Jared later called the dog, was initially a bit hesitant when Jared came close. But it turned out that Rusty was not only far from aggressive, but also rather loving toward his new friend. And from that day on, Jared always stopped to talk to the neglected dog—until one day, he simply had enough.

Jared saw Rusty’s owner and confronted her and told her that the dog needed medical attention. Rusty’s owner, however, claimed that Rusty was aggressive and she just laughed off Jared’s idea. In the video, you can see the rough shape that Rusty is actually in, and it hurts my heart to find out that the dog was chained up for more than 10 years.

Jared says in the video, “I told her I wasn’t leaving without the dog. I couldn’t adopt him myself, but I just knew that I couldn’t leave him. After a few minutes, she agreed to hand him over. She said that the dog would bite me if I went near him, and didn’t want to give him to me. But I insisted that it would be fine, and finally she handed him over.”

Watch what happens when Rusty Diamond leaves with Jared—it’s simply divine. Despite years of neglect, there’s still such joy left in Rusty, and it’s wonderful to see him play without a leash.

Please share this video if you also think that all dogs deserve to live without chains.