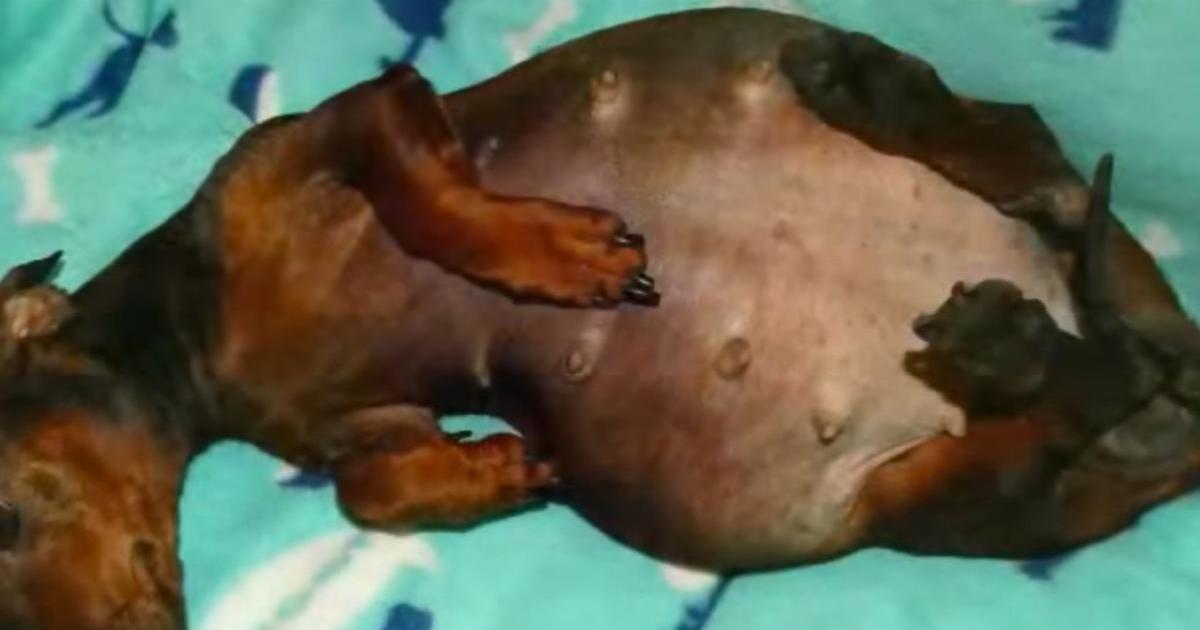 No animal deserves to be mistreated. But when one is, I’m so grateful that there are people out there who refuse to let it happen any longer.

A dachshund named Maria was mistreated and neglected by her owners.

She was malnourished, paralyzed, covered in fleas, and anemic.

And when she was finally rescued by an animal advocate, she was taken straight to an animal hospital. There, the vet made an unexpected discovery.

Maria was pregnant, but not with just one or two puppies… She was going to have seven!

Even though she was weak, Maria fought to have her puppies.

Since Maria was paralyzed, she had to give birth via a C-section.

The operation went well and all of her puppies were born healthy.

After a lot of physical therapy, Maria also learned to walk again!

Now, she and her puppies have all been adopted by loving families.

Watch the video below to see Maria’s amazing transformation and her adorable puppies:

Please share this story with your friends on Facebook if you also think that every animal deserves to grow up in a loving home!