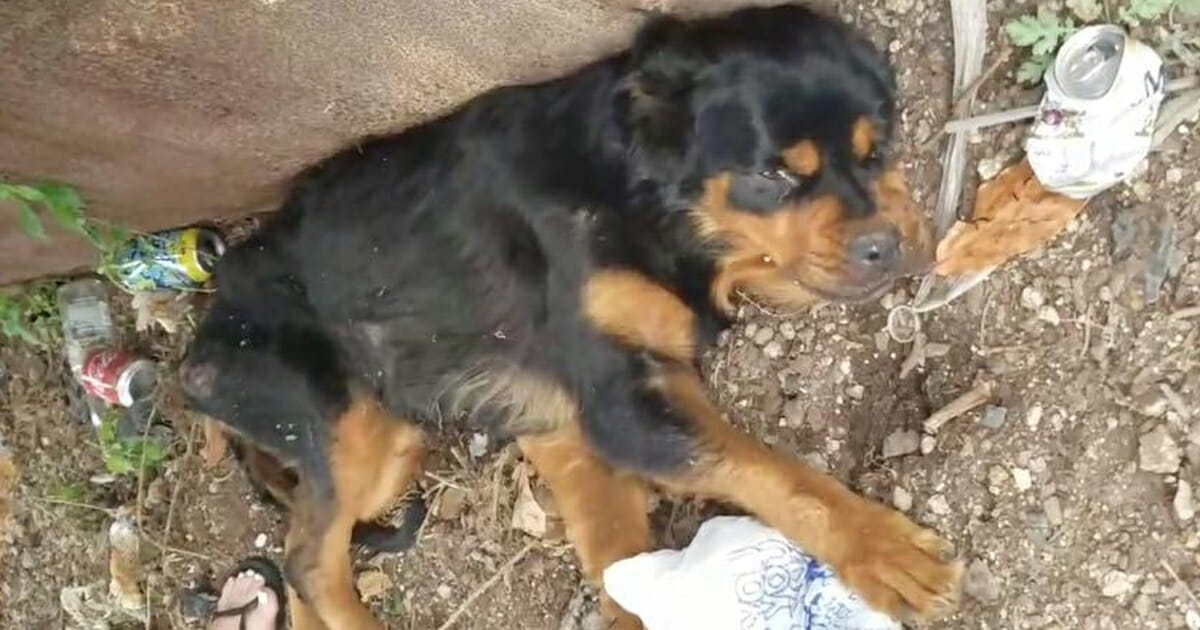 If you’ve heard of animal dumping grounds, you’ll know what deplorable, disgraceful places they are.

This story concerns one dog who found herself in the latter category, having been paralyzed and left for dead. Luckily for her, Isabel Zapata and her friends saved her before it was too late.

Isabel Zapata was one of the people who found the poor Rottweiler starving, dehydrated and covered in fleas. She had been abandoned by a dumpster at a popular dumping ground in Florida, paralyzed and unable to move.

Zapata filmed the moment they found the dog, who they ended up naming Susanna.

Susanna’s saviors got in contact with the Gulfstream Guards Angels Rottweiler Rescue, a volunteer organization dedicated to rescuing Rottweilers in Florida. The cofounder of the group, Yolanda Ramirez, revealed her heart bled as she watched Zapata’s clip.

“We can’t even begin to imagine the pain and suffering she has been through – she has been discarded like a piece of garbage, she is lying in a dump among the debris, pieces of trash, decomposed food, dirt, pieces of wood, plastic cups, Styrofoam, and metal. Her weak, fragile and exhausted body is about to give up.”

Susanna was immediately rushed to the Mueller Animal Hospital, where veterinarians worked to save her. Once she was stable, they investigated why it was she couldn’t walk. Tests revealed that the 3-year-old had been used as a breeding dog, only to be dumped and left to die when she became too ill to fulfil her purpose.

Susanna didn’t have much going for her, but what she did have was a number of people prepared to fight for her life. The good people at the hospital, and the heroes at GGARR, endeavoured to begin the arduous process of restoring her strength and spirit.

Slowly but surely, the dog was able to exhibit signs of recovery. She had sessions swimming in a pool to regain enough strength to be able to walk. After a time, she found that strength, and is now able to walk around and live a normal life.

If you met Susanna today, you’d never guess the hell she’d been through. She’s completely at home with the other dogs, and loves to have fun and play!

A huge thank you, first and foremost to Isabel Zapata and her friends, but also to all the heroes who brought Susanna back from the brink.

Share this article if you think all dogs should be given a chance in life!