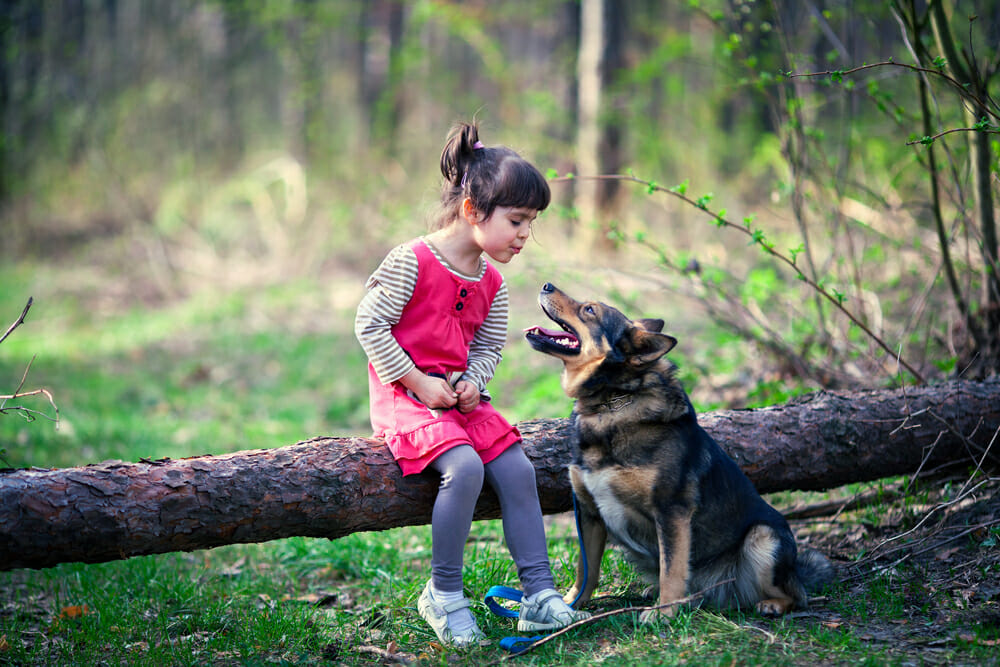 “Who’s a good boy?” is what I generally say every time one of my dogs does something completely ordinary and definitely not surprising.

You see, I simply can’t help but talk to my animals, even if I’m aware they understand or pay attention to less than one percent of what I say.

I know I’m not alone in wanting to converse with my pets, of course – it’s something the vast majority of owners will do on a day to day basis, if nothing else than because it simply feels right.

Well, I’ve got good news for you if you’re in the category of people who do talk to their dogs and cats; you’re likely smarter than your piers …

I love having deep convos with my dad, Barack. He always gives me the best advice! ❤️❤️

This groundbreaking information comes courtesy of a nifty new study (we love those, don’t we) from the University of Chicago, the findings of which indicate that the tendency to attribute humanlike emotions to non-human things – i.e. talking – is founded in intelligence and creativity, as opposed to stupidity.

The phenomenon is reportedly known as anthropomorphism, and one of the scientists involved in the study, Nicholas Epley, claims: “It’s actually a natural byproduct of the tendency that makes humans uniquely smart on this planet.”

“Best friends are hard to find because the very best one is already mine ?” writes @love.a.bull_diesel #dogsofinstagram

Of course, as we grow through life we tend to drop habits that include openly conversing with non-human objects. As children, we’re actively encouraged to talk with toys, other inanimate objects, and even imaginary friends. Yet, by the time we reach adulthood that practise has usually been ground out of us (how often do you see a co-worker talking to his desk, not including the use of expletives?).

However, the study marks a clear difference between the inanimate and our pets. According to the study at hand, talking to your animals is a natural, normal thing, because of the loving bond you share with them, and it shows your brain is functioning as it should be.

We know, that practically makes all of us geniuses, since if you’re anything like me you’ll take talking to your dog to a whole new level. Still, it’s nice to know, and I’m sure your animal-loving friends will be happy to hear it too!

Do you talk to your dog or cat or other pet regularly? If so let us know in the comments box.

Meanwhile, help us spread this interesting find on Facebook by sharing this article!