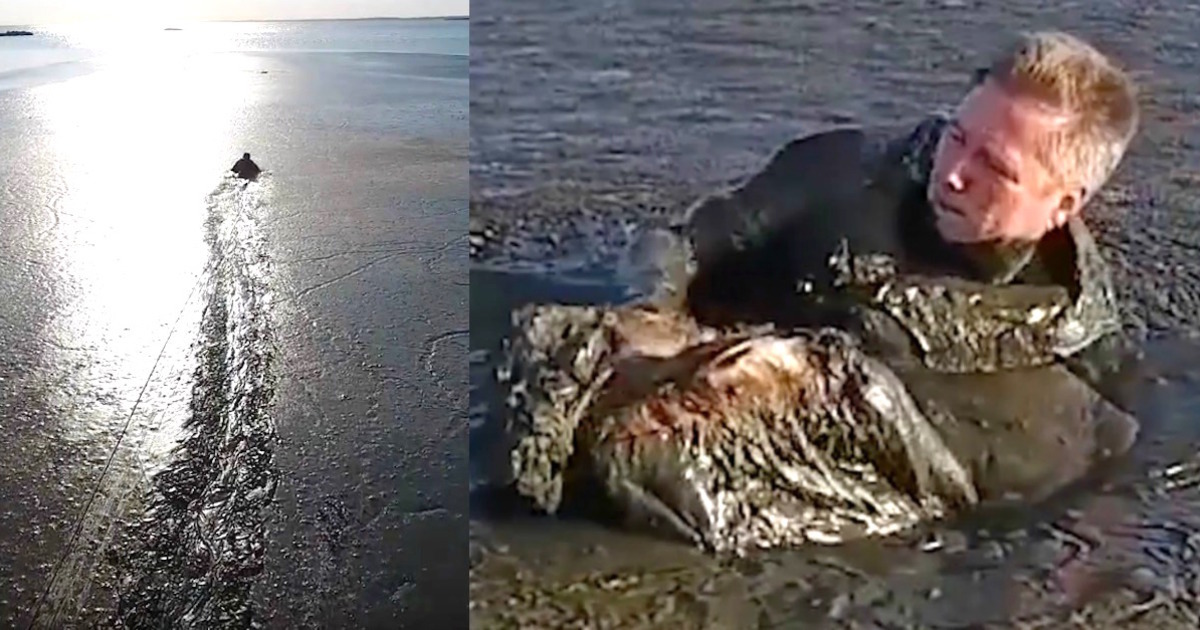 It sounds like something from an action movie, but this actually happened.

Nature photographer Krzysztof Chomicz was out taking pictures of a beautiful beach in Poland. But when he looked through his lens, he noticed something strange moving in the distance.

When he zoomed in, he saw a black mass, but couldn’t quite make out what it was. But his heart must have started beating faster when he realized what was hiding in the mud: a white-tailed eagle.

The eagle was struggling to free itself, but its huge wings were completely stuck in the mud. Krzysztof was unsure what to do, but he knew he couldn’t just stand by as the bird exhausted itself and died. The eagle was hundreds of meters across a mud flat, so Krzysztof realized he needed some help.

For lack of other options, Krzysztof called the local fire department and asked to borrow a long rope. Krzysztof then tied the rope to dry land and started crawling through the mud to the eagle.

It was exhausting trying to get out to the eagle through the thick mud, but the nature photographer somehow persevered. Both Krzysztof and the eagle were completely worn out, but still, the eagle felt threatened and attacked its guardian angel.

Eventually, Krzysztof was able to bring the bird back to land, although he actually collapsed and was taken to the hospital afterward.

The beautiful eagle is thought to be a six-month-old on its first flight from the nest. Thankfully, this wonderful animal lover saw it and did everything he could to save it!

Watch drone footage of the rescue below: