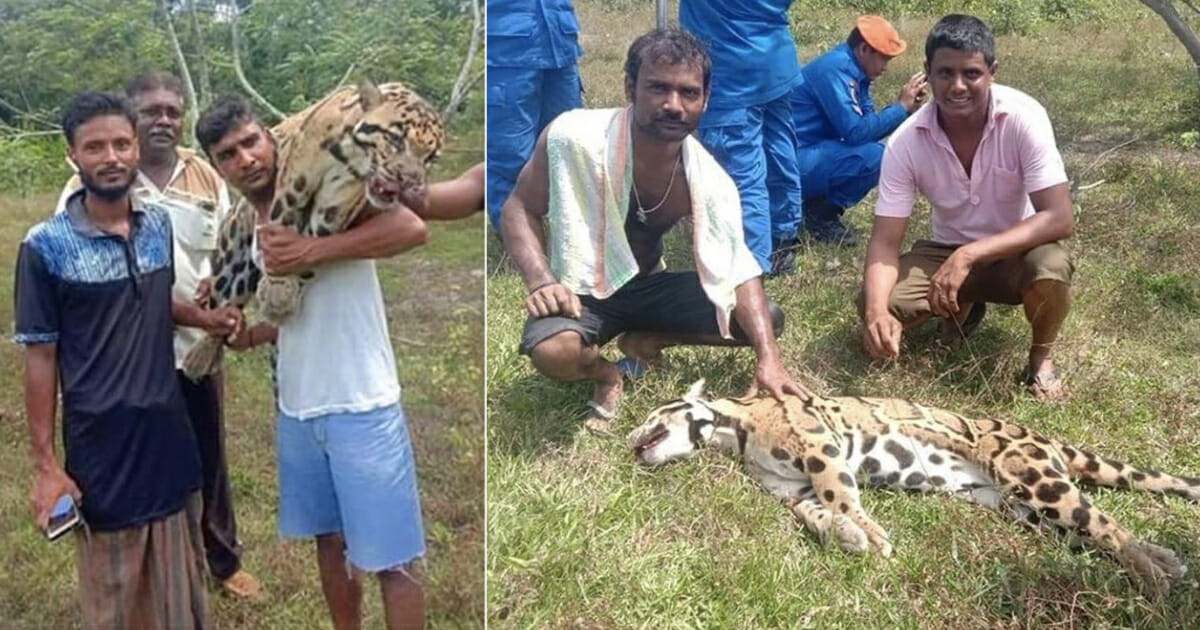 Every single one of God’s creatures is a precious gift, but unfortunately, many of them are running out of time. It’s our responsibility to do everything we can to save species in danger of extinction. So it makes us incredibly sad every time we see the news of another senseless killing.

World Animal News’s Twitter account broke the news of the killing of a rare and beautiful animal: the clouded leopard.

?WARNING: Graphic Content – Photos of a group of unidentified men displaying a dead #cloudedleopard have been circulating social media. Please repost to help find the sick individuals who did this.??

Here, the culprits are poachers from Tampin, Malaysia. In the photos, which were posted online, they are seen laughing and smiling while posing next to the body of the clouded leopard.

According to the Red List of the International Union for Conservation of Nature (IUCN), Clouded leopards are considered a ‘vulnerable’ species at high risk of extinction to the wild.

Their population of only 10,000 is decreasing at such a high rate that they may become endangered in our lifetime.

These animals remain to be somewhat of a mystery. Their habits are not well-known, and they have been rarely seen in the wild.  The men who posed for pictures beside the dead leopard, in front of others in blue uniforms and orange berets are thought to be officers of the Malaysian Civil Defence Force, according to Daily Mail. The newspaper also reportr that the photographs were uploaded to Facebook earlier this year by a user named as Max Mantra – who took the horrific pictures  in the town of Tampin, in western Malaysia.

Many people have been outraged by the killing and are calling for the poachers to be brought to justice. They have also been dismayed by the lack of response to their complaints and calls for action.

We hope that these men are found soon so that they can face the consequences of their actions.

But more importantly, we hope that people take appropriate action to stop poaching everywhere in the world.

These beautiful clouded leopards and other animals like them deserve a chance to live and to raise their babies. Please share if you agree!